Swift No. 1 on revamped Billboard 200

Swift No. 1 on revamped Billboard 200 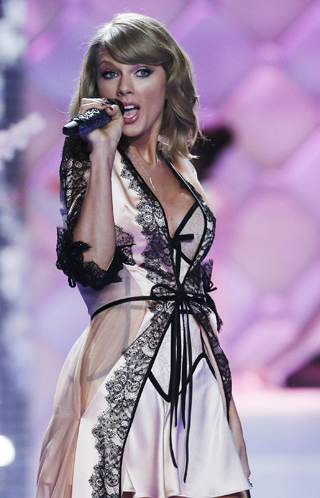 Swift’s “1989” jumped from No. 2 to No. 1 this week with total album sales of 339,000 units, according to physical album sales, digital song sales and online streaming figures compiled by Nielsen SoundScan.

In the case of “1989” this week, there were 281,000 copies sold of the full album, 580,000 songs purchased individually and 36,000 streams of music from “1989.” The lower streaming figure relates to Swift removing her entire catalog of music from online streaming giant Spotify.

Other new entries in the top 10 of the Billboard 200 this week include rapper Rick Ross at No. 6 with “Hood Billionaire” and R&B singer Beyonce at No. 8 with the “Beyonce: More Only EP,” part of the platinum edition of her self-titled 2013 album re-released last week.

On the digital songs chart, Swift’s “Blank Space” held the top spot with sales of 342,000 copies.

Actress Jennifer Lawrence was a surprise entry at No. 2 with James Howard’s song “Hanging Tree,” which she sings in “The Hunger Games: Mockingjay - Part 1,” the blockbuster movie that opened last month. The song sold 200,000 digital copies.