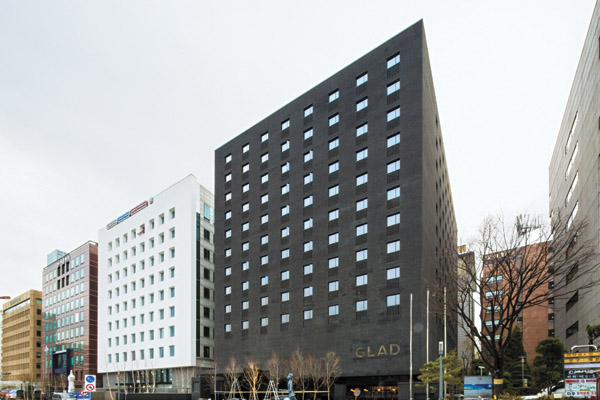 Daelim Group, which specializes in construction and petrochemicals, is expanding its hotel business as its construction affiliate Daelim Industrial continues to record downbeat performances.

Daelim will open a business hotel called Glad Hotel near the National Assembly in Yeouido, western Seoul, on Friday as it vies to become the nation’s third-largest hotel and resort operator after Lotte and Shilla.

Glad is the first business hotel built by Daelim, though the group’s affiliate Daelim Ora Resort manages hotels for vacations and relaxation.

The Yeouido hotel has 319 rooms and is equipped with a conference hall that can accommodate 330 people.

Daelim said it plans to build more business hotels under the same name in Mapo and Gangnam districts. The group said in a statement that it operates about 3,000 rooms at its two hotel chains and plans to surpass 4,000 rooms with its new branches of Glad.

Daelim said it decided to build the first Glad in Yeouido because it is close to major financial companies as well as Gangnam and Gwanghwamun.

Daelim Industrial created the blueprint for the project and Daelim’s construction subsidiary unit Samho built it. Ora Resort will manage the hotel chain due to its experience running the five-star Jeju Grand Hotel and the Mayhills Resort in Gangwon.

The incorporation of key Daelim affiliates in the Glad Hotels appears to indicate the group’s commitment to the business while its construction business suffers.

Daelim Industrial has posted losses this year due to unstable economic and political conditions in the Middle East where it has a number of big construction projects under way.

Daelim’s entrance to the business hotel segment also reflects the growing popularity of a more affordable and convenience-oriented type of hotel.

Glad Hotels will have no auxiliary luxury facilities such as banquet halls or swimming pools but will prioritize affordability and convenient locations.