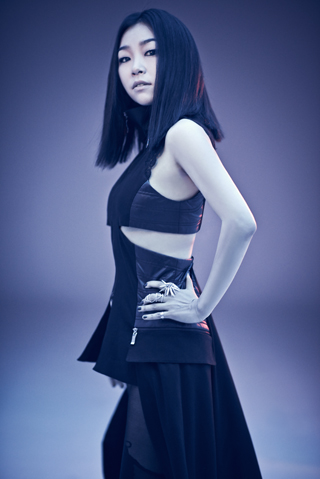 The project “Sing-sung-saeng-sung,” or “SsSs” for short, is an upbeat song about the way people feel as the end of the year draws near.

Sing-sung-saeng-sung refers to a state of mind in which a person has mixed feelings of nervousness and a little bit of excitement.

“SsSs” is Park’s first digital single since she released the mini-alum “Syncrofusion” in June. She tried out different genres other than R&B on the mini-album, such as funk rock and upbeat dance music. “SsSs” is the singer’s newest attempt at a different style.

Park marked her 16th anniversary as a singer this year.

Her collaborators Dynamic Duo are together again for the first time in months because Choi Ja, one of the members, has kept a low profile since the paparazzi released photos of him and f(X) member Sulli on a date near Mount Namsan.

Park and Dynamic Duo will hold joint concerts between Dec. 20 and 25 in Seoul and will head down to Busan on Dec. 27 for another concert.