New role for currency in a cashless age

New role for currency in a cashless age 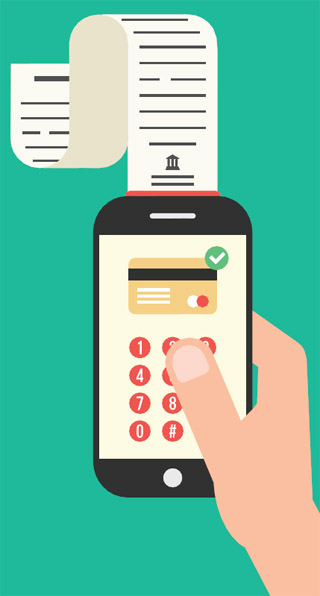 On the way to work on Wednesday, 32-year-old businessman Kim Sun-woo took out his smartphone as soon as he entered the subway station.

He had a transportation pass on his smartphone, so he simply tapped the device at the turnstile to pay.

After work, Kim attended a dinner get-together for his job. The group had to split the bill and pay 20,000 won ($18) each, and Kim used a smartphone bank application to pay his share.

When Kim got home, he decided to buy a 2015 planner online for 30,000 won. From a social commerce site, he purchased a 50 percent discount coupon for a restaurant where he planned to take his wife during the weekend.

For all the payments, Kim used mobile banking on his smartphone. He said that when he shops at U.S. online malls, he uses PayPal.

“Unless I have to pay money at a funeral or a wedding, I never really use cash,” he said. “I do have a wallet, but I usually don’t even know how much cash I have inside.”

Jung Yeon-tae, head of Nonghyup Bank’s Gangbuk PB Center, said customers looking for a savings deposit account frequently ask questions about how the interest rate will change in the future.

He said he tells them it is unlikely that the rate will rise. People ask follow-up questions immediately, such as whether they are better off keeping their cash reserves elsewhere.

“Since a year or two years ago, an increasing number of customers started taking their interest from deposits in 50,000 won bills,” said Shin Dong-il, of Kookmin Bank Daechi PB Center in Daechi-dong, Gangnam, southern Seoul. “It reached its peak in the first half of this year.”

“On deposits worth 1 billion won that have 20 million won of accumulated interest, people will take less than 10 million won in 50,000 won bills.”

Consumer hoarding of 50,000 won bills already is a reality in an increasingly cashless society. More customers use cards, mobile money transfers, and card and wallet apps instead of cash.

The payment market is rapidly creating a society without a wallet. The role of cash has now changed into a means of saving.

The first-generation type of payment was cash, while the second generation was cards. The Bank of Korea (BOK) surveyed 1,500 adults in May and June 2013 and found that 54.2 percent said they usually used cards, while 34.8 percent used cash. The people surveyed said they tended to use cash for purchases of items worth less than 10,000 won.

While the government encouraged the use of cards to legitimize the economy and prevent tax evasion, the use of debit cards, which have a high income tax deduction, increased the most over the three-year period.

To encourage use of debit cards, on Dec. 2 the National Assembly extended the income tax deduction on cards for two more years as the rule was about to expire.

But recently, the payment market has been shifting away from cards toward electronic payments.

Due to the development of FinTech, finance combined with IT, the new era of no cash and no cards is coming.

BankWalletKakao, by the nation’s largest mobile messenger, KakaoTalk, which has 37 million users, is a case in point.

Users can save up to 500,000 won in their BankWalletKakao and transfer that money immediately to friends.

To split the cost of a bill in cash or give money for a wedding or funeral, people can use near field communication to take out cash from their mobile wallet account at a nearby ATM.

By using mobile app cards, consumers can pay without having to take out their plastic out of their purse.

Customers who purchase goods from overseas shopping sites prefer Alipay or PayPal apps, in which they can input their card numbers and password in advance, then make payments quickly with just their email address and a password.

In line with these tech trends, banks are cutting the number of their face-to-face branches and ATMs. Many banks in Korea have tried to reduce costs through restructuring, but the increasing use of smartphones to make transactions has made downsizing of staff inevitable.

Recently, the FSS considered lowering the cash withdrawal limit at ATMs to 1 million won because only 2 percent of users were taking out more than that amount.

Although cash is being used less for payments, its role as a means of saving is increasing.

If the BOK prints more 50,000 won bills, two-thirds will be kept in safes. The amount of 50,000 won bills circulating in the market was about 49.25 trillion won as of October.

Because the interest rate on deposits is only about 1 percent, people with large assets know that if they save money in a bank, they will have to pay tax and gain nothing from interest.

Japan’s lost decade in the 1990s, when people increasingly took their money out of savings accounts as the interest rate fell, is now playing out in Korea.

The BOK’s position is similar. According to the central bank’s analysis on the correlation of the cash balances and non-cash means of payment, for every 1 percent increase in income, there is a 0.8 percent demand for cash.

“This is because whenever there is an increase in income, people tend to avoid risks by reserving cash,” said a spokesman for the BOK. “Even though a cashless society has been predicted constantly, it is likely that the demand for cash will continue to rise.”

“The role of cash as a means of payments decreased, but its savings function has strengthened further,” said Kang Kyu-ho, an economics professor at Korea University. “In the long run, as the means of payment diversifies, it will be more difficult for the BOK to control the money supply.”