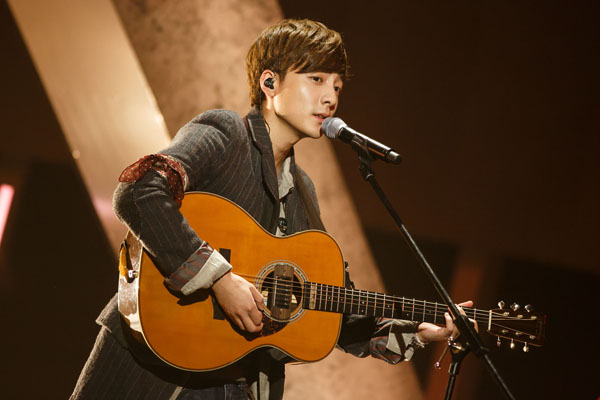 Singer-songwriter Roy Kim is involved in a plagiarism scandal over the track “Spring Spring Spring,” which he released last year.

According to the star’s agency, CJ E&M, a composer filed a lawsuit against Kim in August, accusing the 21-year-old singer of copying his song “Within the Arms of the Lord.”

The composer said he created the song in July 2012, before Kim released “Spring Spring Spring.”

The lawsuit is currently under way and the Korea Music Copyright Association is comparing the two songs at the request of the composer.

Responding to the lawsuit, CJ E&M said in a press release, “[The composer] never publicly released the song and he also did not register it with the Korea Music Copyright Association. He said his score might have been leaked by somebody, which does not make any sense. We are looking forward to hearing reasonable judgment from the court soon.”

But this is not the first time Kim or “Spring” have been involved in a plagiarism scandal.

When he first released the song last year, some Internet users uploaded posts comparing the track to “Love is Cannon,” which was composed by indie musician Acoustic Rain.

Kim debuted in 2013 with the digital single “Spring” after he was chosen as the season four winner of the popular audition TV show “Superstar K.” In October, the 21-year-old came back to music with his second studio album “Home.”