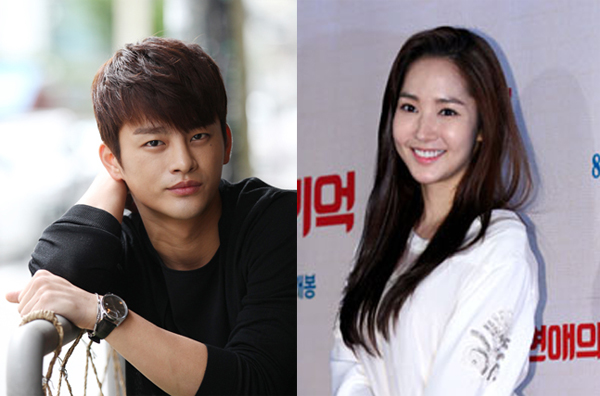 Singer-actor Seo In-guk and actress Park Min-young have been selected as MCs for the 2014 KBS Drama Awards on Dec. 31.

The event is one of the state-run channel’s biggest nights as it chooses the best actors and actresses of the year. An insider working for the KBS drama department told Ilgan Sports, an affiliate of the Korea JoongAng Daily, that the two were chosen because they are the next big thing in representing the future of KBS dramas.

Seo is currently starring in the period drama “The King’s Face” while Park is appearing in another KBS drama series, “Healer,” as an entertainment reporter.

The two will host the year-end annual awards with another KBS anchor.

Although the two have never acted in the same film or drama before, they went to the same college and also endorse the same outdoor clothing brand.

MBC and SBS also organize similar awards to choose the best actors and actresses of the year on the same day.