Bio drugs get a hand from gov’t

Bio drugs get a hand from gov’t 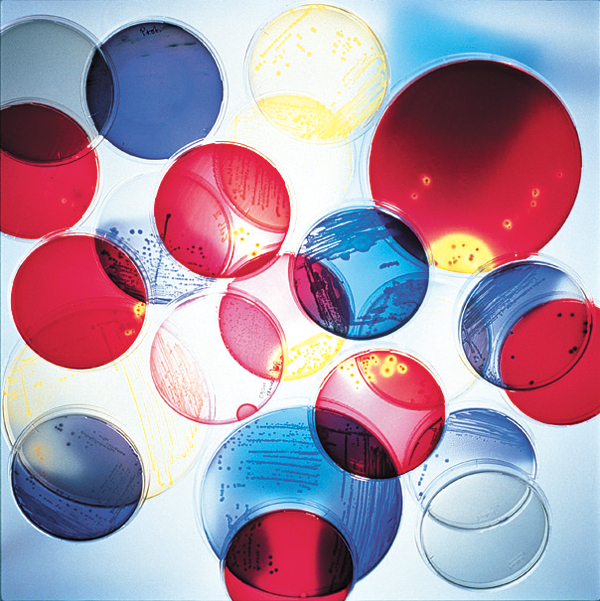 A photo of biomedicine equipment in Merck’s laboratory. Bio drugs are made with protein from a human body or another living organism. The Korean government recently announced it will provide financial support to the local biomedicines industry. Provided by Merck

Korea’s pharmaceuticals industry will push for more biomedicine development next year after the government announced increased support for drug makers.

Samsung Group said it wanted to focus on biomedicines in 2010 and said after its recent corporate restructuring that it also wanted to push to develop more electronic medical equipment. Small bio start-ups are also independently developing new drugs and participating in joint research projects with conglomerates.

Last week, the government announced that it will allocate 15 billion won ($13.4 million) from next year’s budget to help local biopharmaceutical companies with promising products expand internationally. Half of the funds will come from the Ministry of Health and Welfare and half from the Ministry of Science, ICT and Future Planning.

“The government hopes to produce at least one Korea-made biomedicine by 2017 that is globally successful,” said Kim Young-sun, head of the medical health technology development department at the Health Ministry.

Biomedicines are drugs made with protein that come from a human body or another living organism. They are more effective than chemical drugs in treating chronic illnesses, and are less likely to have harmful side effects.

The allocated money will go toward supporting R&D projects that can be commercialized within the next three years, which means the medicine must currently be undergoing its mid to final phases of clinical testing in and outside of Korea.

According to the Health Ministry, 12 drugs for treating genetic illnesses from seven companies and 24 stem cell drugs from nine companies are subject to receive government assistance next year.

The two ministries also decided to put 2.5 billion won into opening a clinical testing center that companies can use to work toward commercializing their drugs and to attract investment from abroad.

The government’s decision to increase its funding is due to the potential that Korean biomedicines have to enter the global market, unlike domestic chemical drugs.

The biomedicine industry consists of newly created bio drugs and biosimilar drugs, which are the cheaper versions of bio drugs that are developed after the original patents have expired.

The domestic pharmaceuticals industry has a history of more than 100 years, but it is still small and records little growth because locally made drugs are mostly consumed inside the country.

The Korean pharmaceuticals market was only worth 19.23 trillion won as of 2012, compared to the global market’s value of $959 billion the same year.

Of 21 locally developed drugs, Boryung Pharm’s hypertension drug Kanarb is the only one that has better sales locally than competing drugs from foreign drug makers.

But Korea hopes to play a bigger role in global biomedicine.

The local biomedicine market has shown consistent growth in the huge international pharmaceuticals market, which is worth about as much as the global auto and semiconductor markets combined.

Small Korean bio companies are a huge part of the global market for stem cell drugs, which is estimated to grow by an average 2.4 percent each year through 2020. Four out of five new stem cell drugs are made in Korea. When it comes to stem cells, local companies only have a 3.8-year technological gap compared with American pharmaceuticals companies.

Celltrion, a biomedicine company, is a prime example. The company has developed and commercialized two biosimilars, one in 2012 and another one this year. Its first biosimilar Remsima, a copy of Merck’s rheumatoid arthritis drug Remicade, started selling in Japan in November. The Japanese government, which already spends heavily on medical support for senior citizens, has been open to new biosimilars, which cost about 70 percent as much as the original biomedicine and have the same effect.

Competition among biosimilar drug makers worldwide is increasing as they fight to finish testing before 2020, when the patents will expire on a wide array of bio drugs.

Humira, a rheumatoid arthritis drug from the American company AbbVie, is the world’s best-selling new drug with sales recording 11 trillion won last year. The drug’s patent will expire in 2016 and more than 10 drug makers worldwide - including Samsung Bioepis, Amgen, Boehringer Ingelheim, Sandoz and Pfizer - are in the process of clinical testing.

Industry insiders said that local companies should have a strong research and development plan from the start in order to expand Korea’s influence in biopharmaceuticals.

Hanwha Chemical received permission from the Korean Ministry of Food and Drug Safety to sell its biosimilar Davictrel, a copy of Pfizer’s rheumatoid arthritis drug Enbrel, in November. It was the first time that a biosimilar of a Pfizer drug was approved for sale.

But the Drug Ministry then postponed the permission for more than a year after Hanwha failed to submit additional clinical test data required for international sales.

Hanwha Group showed a shift in its direction in its recent corporate reshuffle by giving up its chemical and drug units and handing over its production technology to foreign companies.