KAL exec causes flight to be delayed over snack

KAL exec causes flight to be delayed over snack 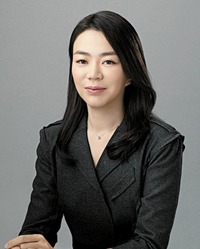 The vice president of Korean Air Lines, Cho Hyun-ah (Heather Cho), is under heavy criticism after she ordered a cabin manager off an aircraft due to a dispute over the official procedure for servings snacks, causing the flight to be delayed.

Cho, 40, is the first daughter of Hanjin Group Chairman and KAL CEO Cho Yang-ho. She is in charge of catering and in-flight sales at Korea’s largest air carrier, and manages KAL’s Hotel Network.

Because of the incident, the plane, which had about 250 passengers on board, had to return to the departure gate to leave the cabin manager. As a result, the flight arrived in Incheon 11 minutes later than scheduled.

According to reports, Cho, who was sitting in first class, became furious with the flight attendant for behavior that was not in line with KAL’s customer service manual.

The manual says that first-class cabin crew should ask customers if they want a snack. If the person says yes, the attendent must serve the food in a dish. But the attendant serving Cho reportedly gave her a sealed pack of nuts, angering the vice president.

After scolding the attendant, Cho reportedly called the cabin manager and asked her to check the service manual. But the manager did not know the password to unlock the tablet computer on which the manual was stored, so she ordered her off the plane.

KAL said that the aircraft returned to the gate to leave the manager behind. But there was no announcement to explain to passengers why the plane was going back to the gate.

Industry insiders pointed out that Cho’s actions may violate the local aviation law, which states that only the captain has the right to control cabin crew members during a flight.

But KAL claimed that Cho discussed her decision with the captain, who then told the manager to leave.

“The manager got off the plane after reporting it to the captain,” a KAL spokesman said.

The Ministry of Land, Infrastructure and Transport said on Monday that it is reviewing whether Cho has violated a law.

“Usually, the captain makes this kind of request when there is a situation that threatens passengers’ safety,” said an official from the ministry. “We will look into the matter of whether the captain made a false report and if the action is in violation of regulations.”