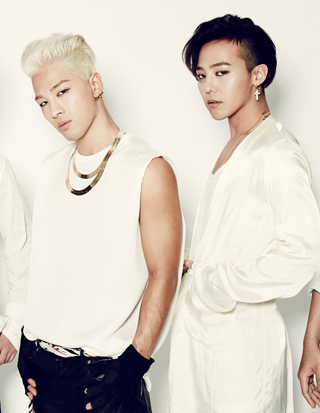 “Good Boy,” a duet by Big Bang’s G-Dragon, also known as GD, and Taeyang was chosen as one of the 41 best songs of 2014 by U.S. cable channel Fuse TV on Wednesday.

“Good Boy” made the list alongside other songs such as Beyonce’s “Flawless,” Coldplay’s “Magic” and Maroon Five’s “Maps.”

G-Dragon and Taeyang began training at YG Entertainment when they were 13 years old and have been performing together for the past 14 years as part of Big Bang.

Although the two are in the same group, this is the first time they have worked together as a duo.