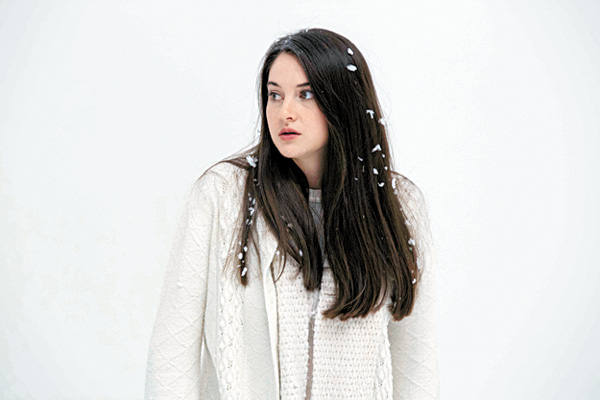 Laura Kasischke’s novel “White Bird in a Blizzard” has been adapted for the cinema by Gregg Araki, who is well known for his indie movies.

Shailene Woodley of “Divergent”, Eva Green of “300: Rise of an Empire” and Christopher Meloni star as the leading characters.

Although the film shows Eve’s young and wild past, she is described as a perfect mother who is kind to her husband and a daughter.

But Eve becomes obsessed with her daughter. She especially has a hard time accepting the fact that her little girl was becoming physically mature and had undergone her first sexual experience with a boy from the neighborhood.

Complicated emotions arouse in Eve’s mind and cause discord with Kat.

Later, Kat starts to confront the looming truth about Eve’s disappearance after she returns home from college for the summer.

Soon, she traces the clues and finally discovers the truth about what really happened.


The Theory of Everything (12) 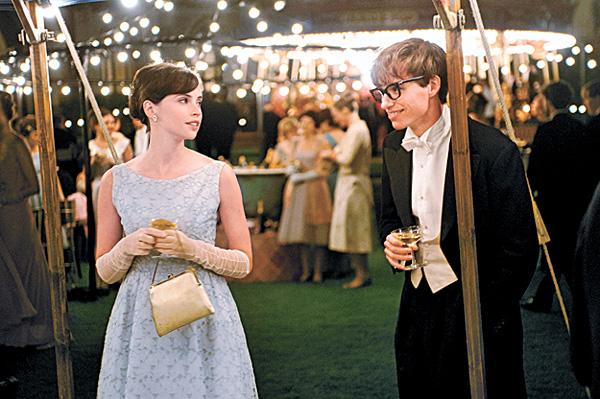 Produced by British filmmaking company Working Title Films, which has a loyal group of fans in Korea, “The Theory of Everything” is meant to be a biopic about Stephen Hawking.

But in reality it tilts more toward a soul-healing romance about the genius astrophysicist and his first wife, Jane Wilde (Felicity Jones).

The story unfolds in 1963, when Hawking (Eddie Redmayne) is a graduate student in cosmology at Cambridge University.

There, he meets Jane Hawking who is studying art. They fall in love at the first sight and a charming yet awkward courtship ensues.

However, misfortune comes with the signs of Lou Gehrig’s disease. As Hawkin’s illness progresses, the symptoms affect his life. He is given no more than two years to live, yet Jane marries him anyway and keeps him going. The film illustrates that his illness and his productivity are intimately linked and that Jane was always there for him to overcome the disease.

Comedy/ 107/ French
Since “Serial Bad Wedding” was introduced, the interest in French comedy has increased. Off the back of this popularity, “Supercondriaque”, another overwhelming brain-dead big-budget comedy is coming. Actor-writer-director, Dany Boon, who is fast becoming the French equivalent of Adam Sandler, delivers gusts of laughter through this movie.

Romain (Boon) is a medical encyclopedia photographer who panics about germs. He constantly monitors the state of his health while overmedicating himself without a purpose. The only real friends he has are his doctor, Dimitri (Kad Merad), and Marc (Jonathan Cohen), a fun-loving party boy he works with.

Although Romain is a serious hypochondriac, he comes into contact with diseases of every form because of his job. This draws him into a series of ridiculous accidents because of his overreacting, and Dimitri suggests he should volunteer for a medical camp helping exiles.

While he works for the camp, he falls for Dimitri’s sister Anna (Alice Pol), who takes care of the refugees from Eastern Europe. Meanwhile, Romain becomes the victim of mistaken identity as everyone, including the police, believes he is rebel leader Anton Miroslav (Jean-Yves Berteloot). 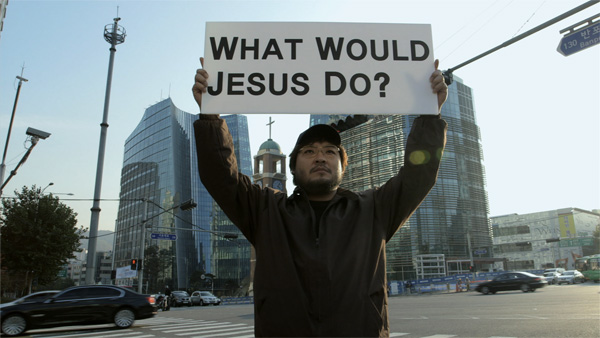 “Quo Vadis, Domine” is what Saint Peter asked Jesus when he was avoiding persecution.

The sentence means “Where are you going?” and in this movie the director is questioning the direction of Christianity and the church due to apparent corruption.

The director, Kim Jae-hwan, said, “I heard that a renowned U.S. minister said, ‘The church as the symbol of Jesus Christ became the system in Roman Empire, then became a culture in Europe and became a business in the United States,’ and I think churches in Korea have become conglomerates. And I wanted to point out what is wrong.”

The film traces several big social issues caused by the church. It highlights the embezzlement that occurred during the building of an enormous church, the pastors who were charged with dereliction of duty, indecent assault by a minister and devotional services for certain candidates.

The film illustrates how capitalism in Korea has had an effect on the church and how it has been corrupted further by the growth of Christianity.

This documentary retraces the life of elderly couple Kang Gye-yeol, an 89-year-old lady, and Cho Byeong-man, a 98-year-old man.

Kang and Cho, live in the country alone after their children grow up. They have been together over 76 years.

If you imagine the alienated old couple or indifference, you might be surprised by how much they still love each other and enjoy dating.

Cho knows how to love a woman. He is still fun and romantic; he gives flowers to Kang in spring, asks her paddle in water in summer, plays with fallen leaves in autumn and has snowball fights in winter.

Yet his physical condition is getting worse, and Kang intuits that the death of her husband will not take a long time.

Unlike other documentaries, narration and interviews have not been inserted much. Instead, the director focuses on the couple’s life. The director said he wants to convey a message about what real love means through this film.

A noodle house named Dooriban - a symbol of ordinary people - is located in Hongdae, western Seoul. The restaurant was issued with a demolition order after its monthly rent was increased to a point where the owners could not pay the bills.

Indie bands are also having a hard time putting on performances in Hongdae since the cost of renting a venue has increased substantially. The situation of the indie bands and Dooriban is therefore similar. 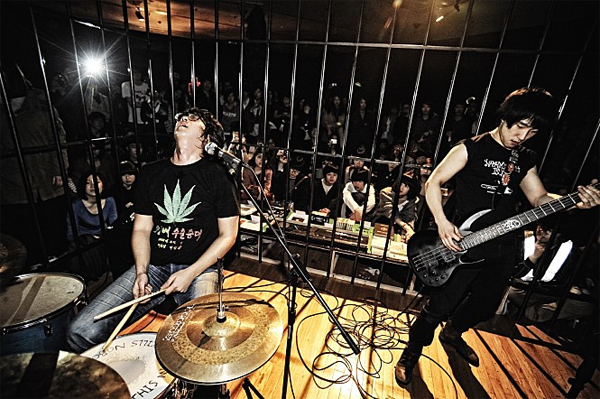 The director, Jung Yong-tack, details how both the restaurant and the indie bands try to strike back over the course of 531 days.

The music played by the five indie bands in the film is enchanting, adding an extra element of entertainment to the movie.

The story of youth facing adversity, trying to be independent musicians, manages to touch the viewers’ hearts.