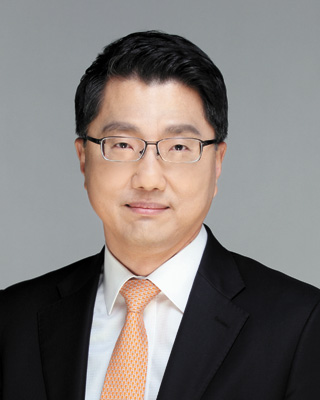 Zhin Woong-seob, the new governor of the Financial Supervisory Service (FSS), pledged to scale back regular investigations into financial institutions, while strictly punishing acts that disrupt the market.

In his first meeting with heads of foreign financial institutions at a hotel in Yeouido, western Seoul, on Thursday, the FSS governor promised to cut back on investigations that have been conducted on a regular basis and not to meddle to punish individual employees.

“The main frame of supervision will be shifted from rule-based to principle-based,” said Zhin. “My top priority is to promote the autonomy and creativity of financial institutions, while expanding communication with the market.”

The FSS will help create an aggressive financial environment that can support the real economy and provide funds for start-ups smoothly in order to help the government reach its goal of a creative economy, he said.

“But as for practices that disrupt the market, they will be handled with stringent punishments,” he emphasized. “Management of financial institutions needs to prioritize protecting financial consumers.

Zhin, the former president of the Korea Finance Corporation, took office as FSS governor last month, succeeding Choi Soo-hyun, who was criticized for excessive regulations and abuse of power by launching investigations into financial institutions too frequently for even minor issues.

After his inauguration, three deputy governors resigned early this month, accelerating a reshuffle at the watchdog.

Seo Tae-jong, the standing commissioner of the Securities and Futures Commission under the Financial Services Commission, was nominated as first senior deputy governor of the FSS.