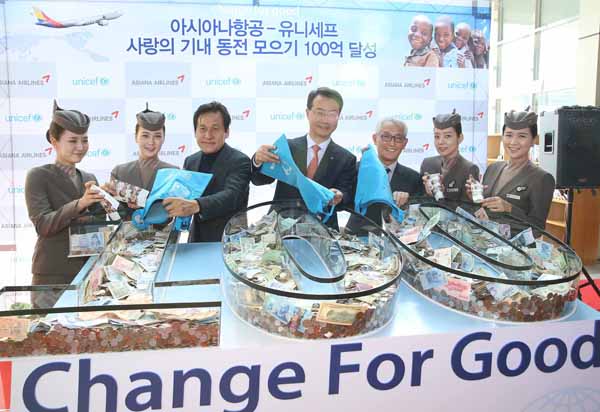 Asiana Airlines President Kim Soo-cheon, center, is joined by Oh Jong-nam, fourth from left, secretary-general of the Korean Committee for Unicef, to celebrate a 10 billion won ($9.1 million) donation from the airline’s Change for Good campaign on Thursday in Asiana Town, western Seoul. As a part of the campaign, the carrier has been collecting donations from passengers since 1994. Actor Ahn Sung-ki, second from left, also joined in as a Unicef goodwill ambassador. [NEWSIS]