Reshuffle at KT aims for stability

Reshuffle at KT aims for stability 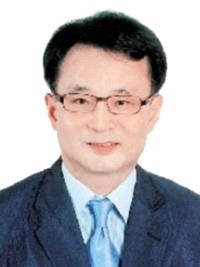 KT, the second-largest mobile carrier, reinforced its convergence businesses while minimizing promotion of executives in its annual year-end reshuffle, the company said Thursday.

Compared to its massive restructuring early this year, which slashed 8,000 jobs and 30 percent of managers, the executive reshuffle was subtle.

By limiting the number of promotions to 24, KT sought stabilization rather than a shake-up.

KT said it changed only the heads of the management planning and management support teams. 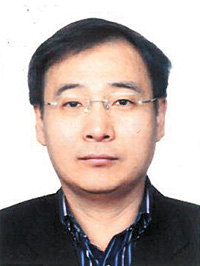 “In order to continue strong performance, we minimized the changes among executives,” said a spokesman for KT.

Lee, who will be in charge of planning, enterprise clients and strategy, will revamp the group’s management system and play a critical role in improving KT’s performance in 2015.

Another managing director, Lee Dae-san, was named to head the management support team with responsibility for corporate culture and reconstructing the vocational education system to improve employee morale.

In the sales and marketing of wireless businesses, most executives maintained their positions. Lim Heon-moon, head of the customer division, and Nam Kyu-taek, head of marketing, will stay in their offices.

The team, which has been responsible for establishing strategy, will now be in charge of the five future convergence businesses KT is fostering: smart energy, security integration, next-generation media, health care and intelligent traffic control.

On the other hand, KT slimmed down the IT sectors, integrating IT businesses into one IT Planning Department while dismantling the Global & Enterprise team and merging it with the Corporate Sales Department.

However, as KT’s year-end reshuffling on Wednesday and Thursday was much quieter than expected, industry observers are watching for an additional announcement, possibly involving a third reorganization.

“As KT is still working on the reshuffling of assistant managing directors, the mobile carrier could announce it later today or tomorrow,” said a spokesman for KT.

As the assistant executives and assistant managing directors were not included in the reshuffling early this year, it is likely the company will change those positions.

In addition, there is speculation that some KT affiliates will be restructured as the chairman earlier said he would announce restructuring of affiliates at the end of the year.

Restructuring by the nation’s three main mobile carriers - SK Telecom, KT and LG U+ - indicated the companies aim to emphasize expansion overseas as they beefed up their global business teams.

As the domestic mobile communications market becomes saturated, making it difficult for carriers to grow, SK Telecom plans to tap the overseas market with commerce platforms, while KT is emphasizing ICT convergence services.