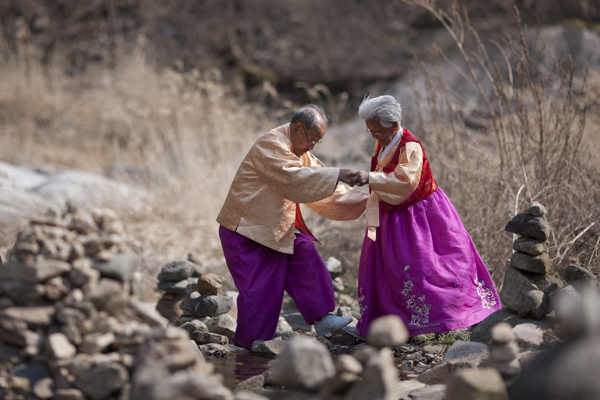 A local documentary film featuring an elderly couple who have been together for 76 years topped the domestic box office on Thursday, pushing aside Hollywood blockbusters such as “Exodus: Gods and Kings” and “Interstellar.”

The news about the documentary topping the box office on Thursday is significant because documentary films have far fewer chances of being screened in theaters compared to commercial and blockbuster films.

In addition, when a documentary or an indie film attracts more than 100,000 people, the film is considered a hit, but the feature in question achieved more than that number seven days after its release, setting a record.

Unlike other documentaries, narration and interviews have not been de-emphasized. Instead, the director focuses on the couple’s life. Filmmaker Jin Mo-young told the media during a press day that he wanted to deliver a message about what real love means by following the elderly couple.

In order not to make it a tearjerker, the director also added that he did not include parts where the grandfather passes away and his funeral, but audience members who left reviews on major web portals said they could not watch the film without handkerchiefs because the love of the two struck a chord.