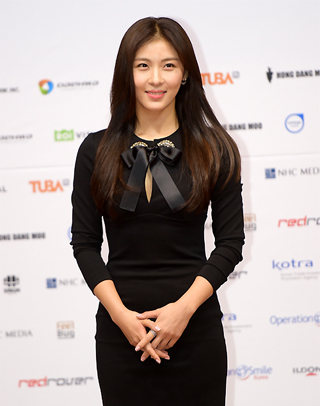 Actress Ha Ji-won will appear in a reality TV show tentatively entitled “Invisible Man,” three years after her last appearance in an episode of variety show “Running Man,” which aired in March 2012.

According to Ilgan Sports, an affiliate of the Korea JoongAng Daily, an insider at KBS said that the 36-year-old actress will join forces with Kang Ho-dong, who will host the new reality TV show.

The shooting for the episode is scheduled for Dec. 19.

Kang and guests of “Invisible Man” visit a random company and throw a pop quiz show with employees working there.

After the first trial airing, which is set for early next month, KBS will decide whether to televise the show regularly or not.

The trial episode of “Invisible Man” will air sometime in January.

Ha, who has a wide fan base because of many of her hit dramas such as “Empress Ki” (2013) and “Secret Garden” (2010), recently finished shooting the film “Chronicle of a Blood Merchant” in which she pairs up actor Ha Jung-woo.

The film is set to be released at nationwide theaters in January.