Korean judge elected to one of six ICC seats

Korean judge elected to one of six ICC seats 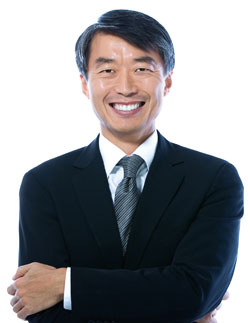 The newly elected Korean judge of the International Criminal Court (ICC), Chung Chang-ho, has vowed to “make sure that trials proceed efficiently and as quickly as possible.”

Chung, 47, who served as a United Nations pre-trial judge in the Extraordinary Chambers in the Courts of Cambodia (ECCC) - more commonly referred to as the Khmer Rouge Tribunal - was named judge of the ICC on Monday at the UN headquarters in New York, where he won 73 votes out of 104 ballots.

He was one of 17 candidates worldwide vying for six seats opening in March, the Ministry of Foreign Affairs said.

Chung was the only candidate to secure enough votes; the remaining five seats will be decided in a follow-up ballot.

The ICC, headquartered in The Hague, has 122 member states and 18 judges.

One-third of these judges are elected every three years on a rotational basis.

Chung is slated to serve a nine-year term at the ICC.

In regard to the UN resolution that urges North Korea’s leaders accused of crimes against humanity to be referred to the ICC, Chung said, “It is difficult to talk about specific details as a current judge.

“However, it is meaningful that a method to resolve the North Korean human rights issue through a mechanism of international jurisdiction that can be accepted by international society has been proposed,” he added. “ICC investigations are conducted on its member states. North Korea is not a member state, so the ICC cannot investigate it. However, if the UN Security Council refers [North Korea], even non-member states can be investigated. Even if North Korea does not actively cooperate, there is a limitation.”

The ICC is an independent, permanent court that can prosecute and try individuals accused of international crimes like genocide, crimes against humanity and war crimes.

Chung, who received his postgraduate law degree from Seoul National University (SNU), previously served as a legal attache at the UN Commission on International Trade Law in Vienna and as a high court judge in Korea.

In 2011, he became a judge of the Pre-Trial Chamber for the ECCC, to try the most senior leaders in the Khmer Rouge regime, which was responsible for the deaths and executions of millions of Cambodians - approximately a quarter of the population, by some estimates - in the killing fields from 1975 to 1979.Another Korean judge, Song Sang-hyun, has served as president of the ICC since 2009.

On being elected an ICC judge, Chung said, “I am glad to be in a position to help in regard to human rights and constitutionalism.”