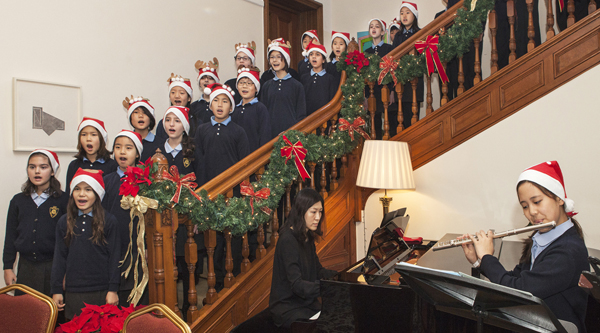 The Seoul Foreign British School choir sings Christmas carols at the annual mince pie morning of the British Association of Seoul (BASS) on Friday at the British Ambassador’s residence in Seoul. BASS presented more than 20 million won to eight organizations that it has helped throughout the year. Anne Wightman, wife of the British ambassador to Seoul, is the honorary president of BASS. By Park Sang-moon