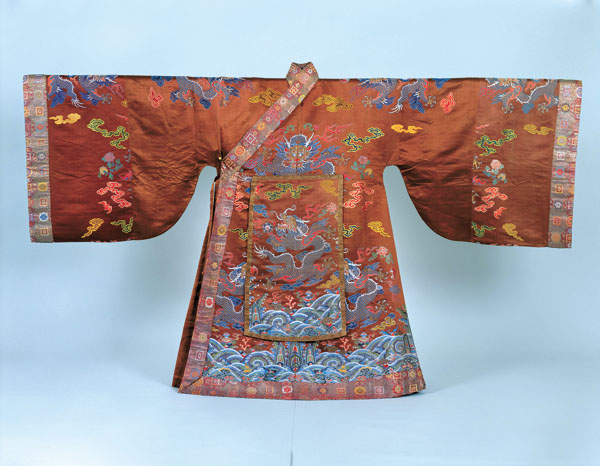 A king’s ceremonial dress. Provided by the museum

Although relations between Korea and Japan are at their lowest these days, mainly because of historical disputes, Japan is still an important regional neighbor of Korea, just as it was centuries ago.

An exhibition at the National Palace Museum, dedicated to a Japanese kingdom that is little known among Koreans, highlights this importance.

It attempts to show how the region had active exchanges with and quite an influence on Korea’s Joseon Dynasty (1392-1910), which both existed in the same time frame.

The Ryukyu Kingdom was an independent empire that existed from the 15th to the 19th century in today’s Okinawa Prefecture in Japan.

Although it had been sandwiched under pressure from Japan and China since the early 16th century and had to pay tribute to both nations, Ryukyu struggled to flourish and maintain its unique culture, especially in the area of arts and literature, according to the museum in a press release.

However, it was forced to merge with Japan in 1879 and was included in the Okinawa Prefecture by the Japanese Meji government.

At the exhibition, titled “Treasures from the Ryukyu Kingdom: The Splendid History of Okinawa,” some 200 relics from the Japanese dynasty are being shown, including 33 National Treasures of Japan.

Museum officials note that 36 articles out of the 200 are being shown outside of Japan for the first time. They also added that it’s rare for a large number of National Treasures to be flown from the nation and displayed overseas. 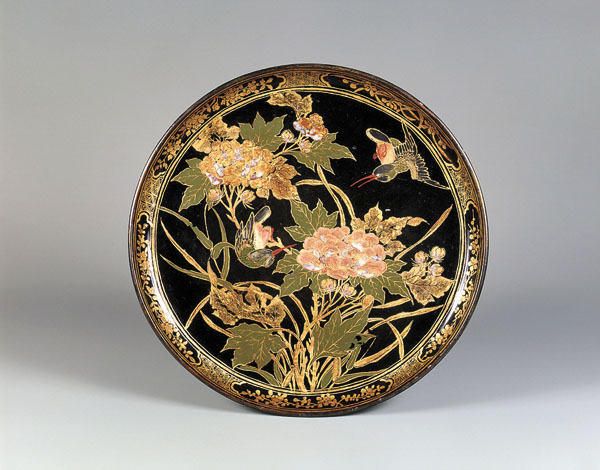 Lacquerware. Provided by the museum

“Ryukyu was located in the sea route that connects Southeast Asia and Northeast Asia,” No Myeong-gu, a researcher with the National Palace Museum, said. “Using this geographical advantage, the kingdom engaged in entrepot trade and accumulated power.”

Museum officials say that Ryukyu and Joseon were close: Roof tiles of Korean origin were found in Ryukyu’s historic sites, some ceramics from the kingdom display influence from its Korean counterpart, maps and books on Ryukyu were published in Joseon and, most importantly, both dynasties experienced foreign invasions and pressure from overseas.

The artifacts on show include crowns and royal cloths from Ryukyu; art and craft work, including wooden lacquerware; musical instruments; and some relics that show the kingdom’s foreign relations - with Korea, Japan and China.

“By introducing the history and culture of Okinawa’s old dynasty, Ryukyu, we hope to provide an opportunity where Koreans can understand the country’s history in a more multilateral perspective,” the museum said. 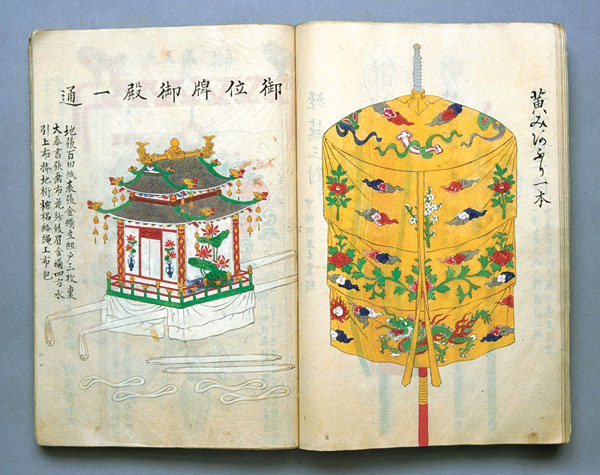 A book on royal rituals from Japan’s Ryukyu Kingdom. Provided by the museum

“Treasures from the Ryukyu Kingdom: The Splendid History of Okinawa” runs until Feb. 8. The museum is within Gyeongbok Palace in downtown Seoul and is close to exit 5 of Gyeongbokgung Station (line 3).