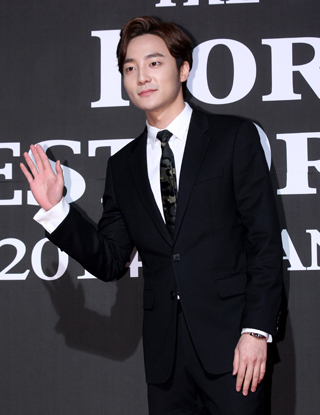 Singer-songwriter Roy Kim will release the seasonal track “Christmas Song” on Thursday, his agency CJ E&M said in a statement.

Prior to the announcement, which signals Kim’s surprise comeback, the 21-year-old performer left a message on his Instagram account. “I just finished recording ‘Christmas Song’” Kim said under a selfie in which he wears a Santa Claus hat.

Following the single’s release, the singer will hold a two-day concert on Friday and Saturday at Yonsei University, in western Seoul.

Kim debuted in 2013 with the digital single “Spring” after he was chosen as the season four winner of the popular audition TV show “Superstar K.”

In October, he came back to music with his second studio album “Home.”