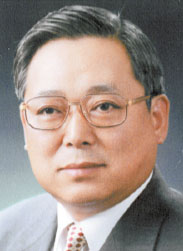 Nam Key-jae , Consultant at the Center for Large and Small Business Cooperation of the Federation of Korean Industries.

In Korea, it can be difficult for small and midsize suppliers to approach corporations and persuade them to use products that often are not as well-known as global brands.

ORChem has always stayed in the black. Even without our consulting, ORChem would have continued making a profit, although it would not have been as large.

But CEO Lee Jae-hyun was concerned the company’s growth was getting sluggish, with revenue stuck in the 20 billion won ($18 million) range for years. But Lee had a vision to grow company.

ORChem was stuck because it couldn’t sell new products and grab big customers.

Our focus was to introduce the company to big corporations and convince them of the quality of ORChem’s product.

ORChem’s big strength was in the R&D sector. Not only did its CEO have a background chemical engineering, but most of the employees were concentrated in R&D.

In the chemical industry, it is very difficult for companies to change the supply line, so the opportunity to test a product is already a big decision.

To change chemicals used for printed circuit board (PCB) processing, a company has to clean out its entire production line, and if the new chemical fails, the line must be cleaned again and reorganized.

This is why most producers are reluctant to change or even test a new chemicals. It also is why global chemical companies have dominated the market.

Luckily, LG Innotek, the electronic parts manufacturer under LG Group, last year gave ORChem a chance, and the company did not miss the opportunity. Although the first trial was not 100 percent successful, what surprised me was that ORChem officials knew exactly what was wrong and how to fix it.

The company eventually signed a deal with LG Innotek which is expected to bring in 12 billion won over next three years. If it succeeds in supplying its PCB chemicals to other companies, ORChem could have revenue in excess of 30 billion won in next three years. Since Chinese companies also are considering ORChem’s products, the company’s revenue is expected to grow even further.

The good thing about ORChem’s success is that it helps the business of its customers. For instance, LG Innotek expects that it can save more than 3 billion won by using a local supplier of PCB chemicals, which previously had been imported.

The future of ORChem looks bright. For a manufacturing company to grow, the product obviously should be of high quality, but production capacity should also increase. ORChem is doing this step by step, expanding production lines one at a time, while establishing new affiliates for new products.

Nam Key-jae , Consultant at the Center for Large and Small Business Cooperation of the Federation of Korean Industries.
[kjoo@joongang.co.kr]