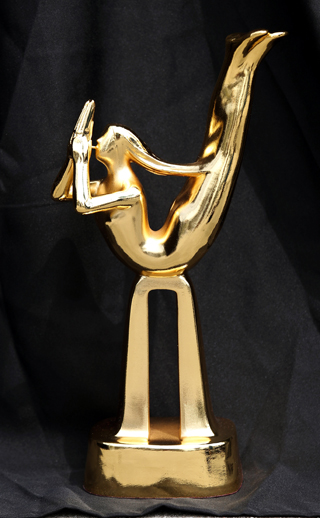 The music scene in 2014 was not heavily dominated by a single singer, unlike in previous years, but saw various genres of music being highlighted instead.

Listeners rediscovered music from the 1990s, for example, as singers from the era made their return to the entertainment scene.

And apart from idol singers who clothe themselves in sexy outfits and sing similar, upbeat dance music, new musicians with distinctive characteristics carved out names for themselves.

A month prior to the 2015 Golden Disc Awards, one of the nation’s longest-running music awards, Korea JoongAng Daily affiliate Ilgan Sports introduces two of the nominees.

Akdong Musician, also known as AKMU, have been deservedly nominated for musician of the year. When the brother-sister duo launched their first studio album, “Play,” in April it pushed aside music by veteran signers on major music charts because it is flawless.

The record’s eleven tracks were all written, composed and arranged by the brother in AKMU, Lee Chan-hyuk, and most placed high on major music portals’ best-selling lists.

Along with the title track “200%,” two more songs, “Give Love” and “Melted” also, became huge hits, making April a good month for AKMU.

One more surprising thing about the duo is that they are still teenagers.

Apink is one of the girl groups of the year because they have settled as a mainstay in the music scene.

Having started out in 2011, the six-member band was overshadowed by a sea of other girl groups who often adopt sexy image and outfits. But Apink have stuck to their philosophy by performing songs that remind people of first love.

The members’ music career began to bloom this year with the release of “Mr. Chu.” With the cute, upbeat dance song, the girl group grabbed awards from weekly music shows on domestic broadcasters KBS, MBC and SBS. They also advanced to the Japanese music scene earlier this year and attracted 20,000 Japanese fans to two concerts in three days.

After the release of “Pink Blossom,” which contains “Mr. Chu,” the girl group’s recent mini-album “Luv” is also getting rave reviews.

With “Luv,” Apink topped the weekly SBS music show “Ingigayo” on Sunday for two weeks in a row and became the first girl group to achieve the feat for the first time this year.

Tight teamwork is also considered a factor of the girl group’s popularity. During a recent interview with Ilgan Sports they said they hope to work for a long period of time like the male act Shinhwa has.