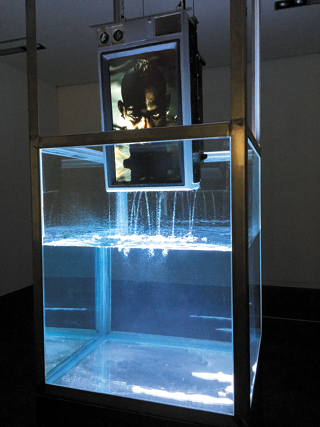 The video installation work “Reborn Light,” is one of the latest pieces by famous artist Lee Lee-nam, which are now on display in his solo show at Gana Art Center in Pyeongchang-dong, central Seoul.

Two new media artists - one famous and one up-and-coming - are currently presenting their latest pieces at neighboring galleries in Pyeongcheong-dong, central Seoul.

He has been in the public eye over the last decade for his videos in which he animates paintings by old masters of the West and East, sometimes lyrically and sometimes wittily.

The artist is presenting installations that differ from his past style, as well as upgraded versions of his older animated digital paintings, because he said he is “suffering from copycats.”

Among the pieces is “Reborn Light,” in which a TV monitor shows a man’s head repeatedly sinking into and emerging from water while he opens and closes his eyes over and over again. 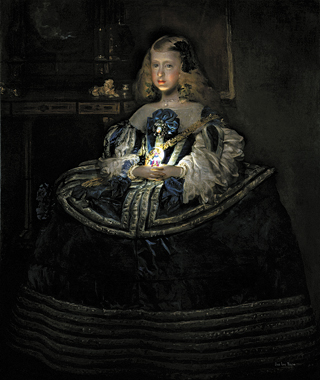 The media art “Alter egos” - Infanta Margarita,” is one of the latest pieces by famous artist Lee Lee-nam, which are now on display in his solo show at Gana Art Center in Pyeongchang-dong, central Seoul.

“Reborn Light” means “reborn soul,” as the human body and its psyche are compared to the hardware of digital devices and to light, respectively, the gallery explained.

This work, which is more conceptual than Lee’s former pieces, reflects the influence of Nam June Paik, the video art pioneer Lee says he admires. As a result, it is somewhat difficult to grasp compared to his animated digital paintings.

But Lee says what he pursues in his work has not changed.

“It’s digital art with a warm heart,” he explained. 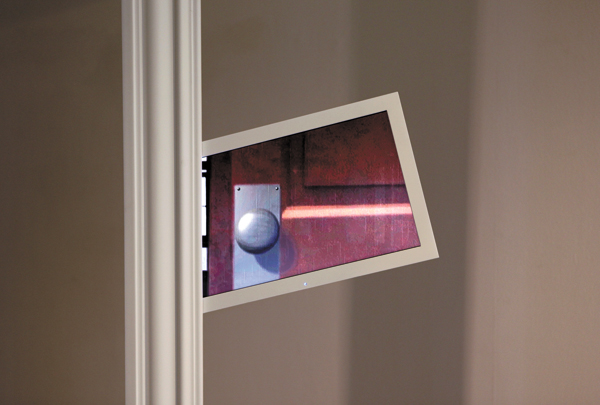 She is presenting a series of video works and moving installations mainly inspired by the 106-year-old Seodaemun Prison in Seoul, which was notorious for the torture and incarceration of Korean independence activists during the 1910-45 Japanese colonial rule.

The video series “Scenario - Minerva of Life and death” particularly shows the bitter irony of Seodaemun Prison’s architecture. It features its outdoor gym’s strange structure, which has the shape of a fan with several rounded triangle-shaped spaces separated by red-brick walls. In the narrow area, the prisoners exercised under the watch of a warden. In Guem’s video, a dancer re-creates the exercises within the space.

“I have been always interested in exploring the relations of old building’s architecture details and its sociopolitical history,” Guem told the Korea JoongAng Daily at the gallery.

Her video installation “The Wind-Up Bird Chronicle - Prison for woman” shows the separate building for female prisoners with tragic but lyrical tones. “It is strange that the building itself has a feminine mood,” the 37-year-old artist said. 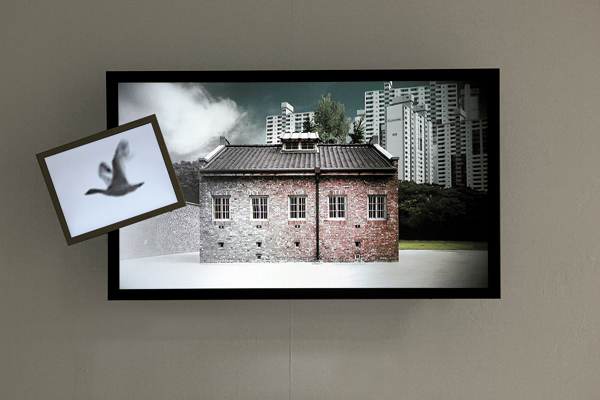 To reach the galleries, head to Gyeongbokgung Station, line No. 3, exit 3, take bus No. 1711 and get off at the Lotte Apartment stop. Walk for five minutes.