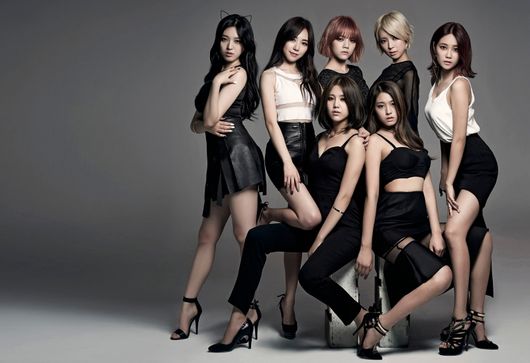 In a wrap-up of 2014, the 29th Golden Disc Awards selects the best hit songs of the year. And of the many nominees, AOA has had a successful 12 months.

The eight-member girl group, which debuted in the music scene two years ago, started off the year with “Mini Skirt,” pairing up with famed composer Brave Brothers.

“Mini Skirt” brought the girl group its first award when it topped a weekly music show on SBS earlier this year.

In June, the girl group released another digital single, “Short Hair,” and then wrapped up the year by bringing out “Like a Cat” recently.

All three digital singles launched this year ranked high on the best-selling music lists at music portals. AOA is currently cementing its image as an idol group that can sing and perform at the same time.

The girl group’s mini concert in Seoul February was televised in 190 countries through a video-streaming website, proving the band’s worldwide popularity.