Headley deal means A-Rod is out at third

Headley deal means A-Rod is out at third 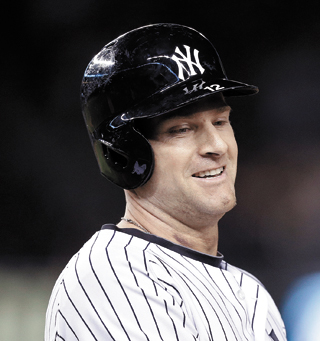 Alex Rodriguez appears to be returning to the New York Yankees as a man without a position.

Chase Headley agreed Monday to a $52 million, four-year contract and said the Yankees assured him the third-base job was his.

“That was a discussion we had early on,’’ said Headley. “I feel like the best position on the field for me is third base. That’s where I offer the most to a club. So it was important to me. That was something that was resolved fairly quickly.’’

Coming off a season-long suspension for violations of baseball’s drug agreement and labor contract, Rodriguez is owed $61 million over the final three seasons of his $275 million, 10-year deal. Yankees general manager Brian Cashman said last month that “if I sign or trade for a third baseman, that would be my third baseman.’’

Rodriguez turns 40 on July 27. New York could shift him to designated hitter, relegate him to a backup role at third base and first or perhaps even seek trade offers.

“I played against him earlier in my career and said hello to him, and he said hello to me,’’ Headley said. “I’m looking forward to the chance of playing with Alex, to be honest. He’s a tremendous player, and I don’t see there being any friction, especially coming from my side.’’

Rodriguez has not played a full season since 2007 because of leg injuries, operations on both hips and the suspension. He admitted in 2009 that he used performance-enhancing substances from 2001-03 while with Texas, but he repeatedly denied using PEDs while playing for the Yankees.

Given a grant of immunity by federal prosecutors, Rodriguez told investigators he did use banned substances between late 2010 and October 2012 supplied by Anthony Bosch, according to Drug Enforcement Administration documents provided by the government to defense lawyers. Bosch owned the Biogenesis of America clinic in Coral Gables, Florida.

Headley slumped to a .250 average, 13 homers and 50 RBIs in 2013. He was batting .229 with seven homers and 32 RBIs last season when the Padres traded him for rookie infielder Yangervis Solarte and minor league pitcher Rafael De Paula.

“I didn’t know how I’d like playing in New York, just with all the other things that come with playing in New York outside of being on the lines,’’ Headley said. “But once you get here and you realize you well you’re treated, how much fans care, how much the city cares, how well the Yankees family take care of you and your family, it was pretty obvious after a week of so that I was extremely lucky to get a chance to play in pinstripes.’’

He said he turned down a larger offer in favor of New York.