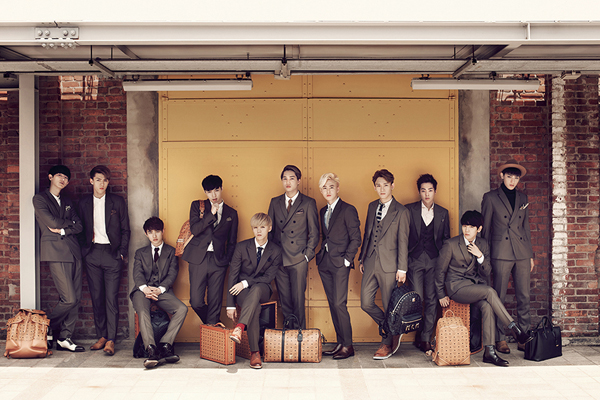 Exo’s very first live concert album will go on sale on Dec. 22, according to SM Entertainment, the boy group’s agency. “Exology Chapter 1: The Lost World” documents the 10-member boy group’s first solo concert in May, which was held in Bangyi-dong in the southeastern part of Seoul.

SM added that the live CD will feature the song “December 2014,” which will be unveiled to the public on Friday.

All the tracks on the live album will be available through major music portals such as Melon and Naver Music on the same day as the physical record’s release date.

Although Exo had an eventful year, as two of its Chinese members left the group after filing separate lawsuits against SM earlier this year to nullify the validity of their contracts, the band is living up to its reputation by grabbing numerous prizes from year-end music festivals and award ceremonies.

Earlier this month, Exo earned four awards, including two of the grand prizes - Album of the Year and Artist of the Year- at the 2014 Mnet Asian Music Awards in Hong Kong.