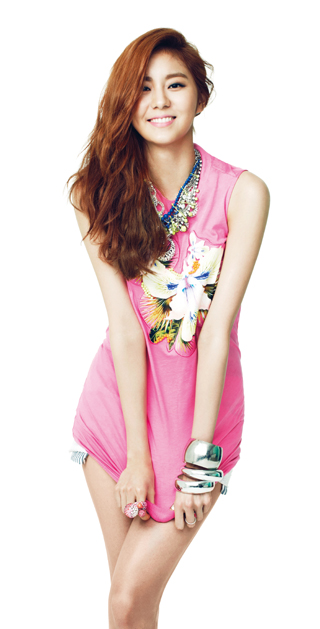 Uee, a member of girl group After School, has landed a lead role in tvN’s new romantic-comedy drama “Hogu’s Love.”

In the series, the 26-year-old singer will play the role of Do Do-hee, a national swimmer. She will pair up with actor Choi Woo-sik.

Choi will play lead character Ho-gu, who is portrayed as an average Korean man.

The news about Uee grabbing the role of a national swimmer has raised viewers’ expectations for the upcoming drama series because she spent years training as a swimmer before she debuted as a member of After School.

The drama recently finished casting and will begin shooting soon.

The first air date is scheduled for Feb. 9.

The show will be directed by famous producer Pyo Min-su, who has produced numerous hits such as “Full House” (2004) and “The World That They Live In” (2008).

The drama series is an adaptation of a web cartoon series of the same title.