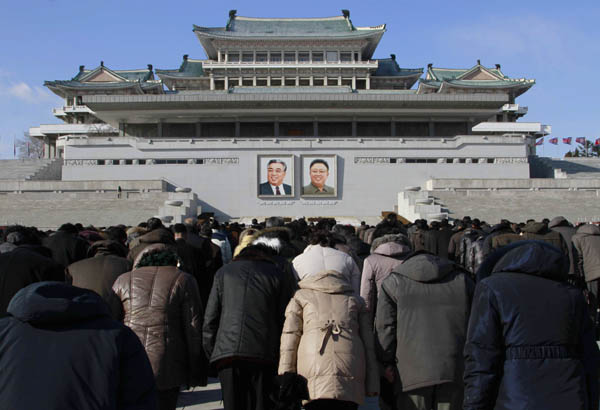 Despite the extremely cold weather in Pyongyang, North Koreans on Wednesday gather at Kim Il Sung Square, most bowing toward portraits of their late leaders as an act of respect to mark the third anniversary of Kim Jong-il’s death. North Korea marked the end of a three-year mourning period for the late leader on Wednesday, opening the way for his son, Kim Jong-un, to put a more personal stamp on the way the country is run.