Go Soo lightens up for ‘The Tailors’

Go Soo lightens up for ‘The Tailors’ 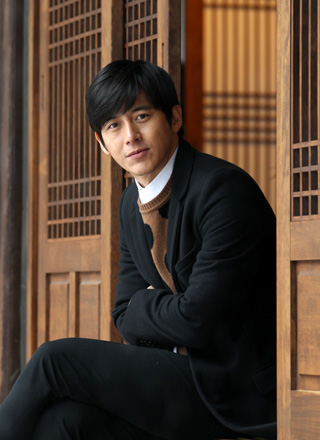 Actor Go Soo tends to play characters who suffer through difficult events, such as a soldier in the war movie “The Front Line” (2011) or as a husband whose wife is accused of smuggling drugs in “Way Back Home” (2013).

But in the upcoming period film “The Tailors,” Go’s character is unexpectedly mischievous and playful. He plays a genius fashion designer named Lee Gong-jin, who fights traditional customs.

“I used to be more depressed, but I’m different now,” he said in a recent interview with Ilgan Sports, an affiliate of the Korea JoongAng Daily.

“I’m putting my dark days behind me.”

Q. It seems like you have become much more talkative. Do you agree?

A. I think I talk much more than before. In the past, I tried to intentionally keep my mouth shut. I usually try to be careful with my words because I think words have the greatest power. But I came to think about the different aspects of life and realized I really have not communicated much, so I’m trying to talk more.

Is that also why you chose a more cheerful character in ‘The Tailors’?

I was a very gloomy person when I was in my 20s. It was very sad. I used to be a shy person who didn’t like to be in front of others. But because I work in a job that inevitably puts me under the spotlight, I became depressed. I think that influenced me when I was choosing characters. Even if I had cheerful parts, I would have still looked depressed.

Do you choose to refrain from going onto entertainment shows?

No one asks me. I did make appearances when I was in my 20s, but I did not talk very smoothly.

In real life, do you think you have a certain clothing style? You act as a Joseon-era fashionista in the film.

I usually wear something ordinary. I like clothing that is not too loud. I used to wear glamorous and fancy clothing when I was young, but as I get older, I find that wearing something simple is better.

Tell us more about your hairstyle in the movie. Was it your first time having long hair?

I grew my hair for the movie from last October. The long hair you see in the movie isn’t a wig - it’s my natural hair. Because it is the first period film I act in, I wanted to look more natural than awkward. I thought my real hair would [look] better than a wig. Since I have never worn my hair long, I also wanted to take this chance to try it.

In the movie, there are two characters: one is a born genius and the other puts effort into making it work. Which one do you think you are in real life?

[The latter], of course. I don’t think geniuses exist in this world. Before I thought some actors were real geniuses when I saw them acting really well. But now, whenever I see someone that good I think about how much effort they have put in to achieve such a performance. I think what an actor needs to do is continue to work hard.

What do you normally do when you don’t have to work?

I literally don’t do anything. I used to do many things when I was young, but now I don’t really have a hobby. That’s why I came to be more interested in work where I can learn something new, just like I learned how to sew in this movie.