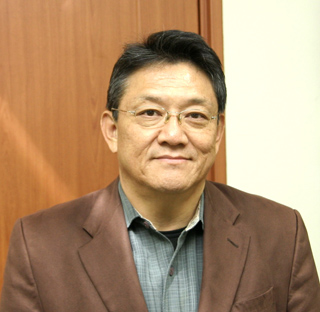 Eight months have passed since the Sewol ferry tragedy left more than 300 people dead or missing, exposing a pattern of corruption and unpreparedness across Korean society.

In the wake of the accident, President Park Geun-hye focused more on levying penalties. Park said those who caused the accident after violating regulations and ignoring manuals, and anyone who breached duties as the ship sank, would be held liable regardless of their positions.

Park Hee-kyung, who teaches civil and environmental engineering at the Korea Advanced Institute of Science and Technology (Kaist) and heads the Kaist Institute for Disaster Studies (KIDS) in Daejeon, says it’s time to establish an exact chronology of what happened that day and afterward.

But he has also surmised that perhaps it’s too late.

“[The authorities] must compile a record of what happened that day in units of minutes and seconds to determine what went wrong,” Park said.

“But none of that is yet in progress. Post-disaster management has never properly laid roots [in this country], which is why other sorts of catastrophes keep happening sooner or later.”

Park, 57, is one of 80 researchers at KIDS who convened to “comprehensively research the cause, development process and response system for domestic disasters through engineering, liberal arts and social sciences.”

Launched on Sept. 1, KIDS is comprised of 60 professors from Kaist and 20 others from different universities and research facilities.

The following is an edited excerpt from an interview between Park and the JoongAng Ilbo.

Q. How do you think the Korean government is currently responding to the Sewol tragedy?

A. [The authorities] aren’t sufficiently analyzing the case. When the calamity was at its peak, the media was busy digging up facts and drawing hypotheses, but soon afterward, all that scrutiny disappeared. It’s hard to find the exact cause of a disaster when it’s in progress because a wide range of circumstances all come together. But now, when it’s the perfect time to analyze all that data, everyone is silent.

What are some aspects the local government is overlooking in drawing up precautionary guidelines against other disasters?

Social disasters like those happening at power plants are usually caused by corruption and ignorance toward safety; when irregularities occur during safety inspections, a problem is bound to happen later, no matter how much people try to cover it up. If we reduce corruption in our society, we can also save ourselves from all sorts of catastrophes.

Why does KIDS embrace researchers within the field of humanities?

According to the U.S. Federal Emergency Management Agency, the study of disasters is a combination of 22 different academic fields. It’s crucial to gather experts with various backgrounds.