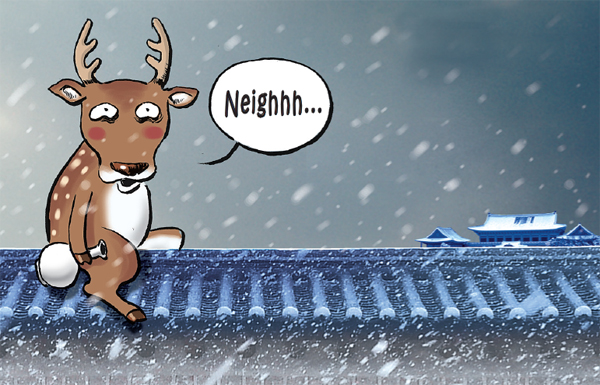 A deer neighs like a horse while straddling the wall of the Blue House. Jirokwima is a story of a powerful vassal during the Qin Dynasty in China who pointed to a deer and called it a horse to test whether his power was strong enough to coerce other vassals into accepting his arguments in presence of his emperor. Professors polled by a media outlet chose Jirokwima as a phrase that best reflects the year 2014.