Nichkhun of 2PM, Jung Yong-hwa of CNBlue and Baro of B1A4 are three of five singers who hosted SBS’ year-end K-pop awards on Sunday.

The end of the year is usually the busiest time for the country’s K-pop groups because the number of festivals and performances organized by the nation’s three major broadcasters skyrockets.

“Since each member pursues his or her own career [outside of their roles within their groups], it is quite hard to adjust each individual’s schedule to rehearse for year-end special performances,” said Yu Hae-na, the head of the public relations team at WM Entertainment, the home of K-pop boy band B1A4.

In addition to performing, Baro, a member of B1A4, has been chosen as one of the hosts of the year-end SBS K-pop awards, along with other singers.

Because almost all K-pop stars appear in each of the three year-end festivals and award ceremonies, KBS, MBC and SBS try to differentiate their shows by adding new elements.

For example, the SBS K-pop festival, held on Sunday, formed a project group called Lucky Boys. It consisted of five K-pop singers from different boy groups, including Baro, Nichkhun of 2PM, Jung Yong-hwa of CNBlue and Song Min-ho of Winner.

The guys hosted the awards and sang together in a one-time-only performance exclusively for the event.

SBS creates project groups for its year-end festivals to make sure viewers stay tuned. For instance, four special bands were formed in 2012. One was Mystic White, which included Bora from Sistar, Han Sun-hwa from Secret and Lizzy from After School.

Additionally, SBS reincarnated its awards system for the first time in eight years, becoming the only broadcaster that crowns singers under various categories

Until the mid-2000s, KBS, MBC and SBS gave awards during their end-of-year show. But the broadcasters scrapped them after coming under fire for overusing the format.

“Starting this year, we incorporated all the three major awards in order to make this festival special,” said SBS in a press release on Dec. 15. “And we brought back the awards system to add value to the festival.”

The other broadcasters also hold three major award ceremonies on different dates around this time of year- one for singers, another for actors and the other for comedians. But SBS decided to combine the three this year.

SBS added that it will fairly assess the best singers of the year based on various factors, such as total album sales and the accumulated number of downloads each digital single has had.

Unlike SBS, KBS and MBC will stick to their original formats by throwing year-end K-pop festivals. 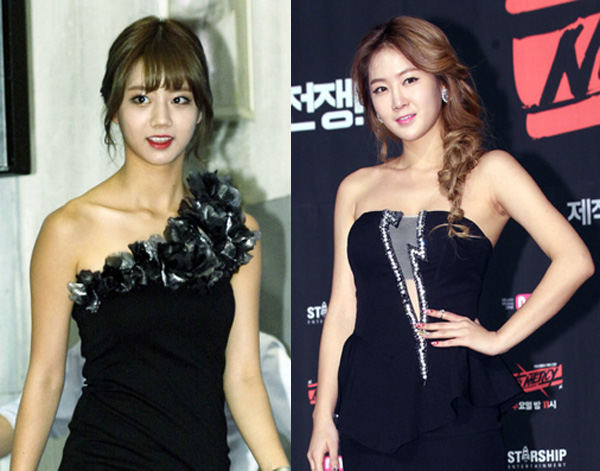 Hyeri of Girl’s Day and Soyou of Sistar were chosen as hosts for MBC’s upcoming K-pop festival.

“It will be the same as last year,” said Kim So-jeong who promotes the end-of-the-year K-pop festival at MBC. “Groups of K-pop singers will be divided into two teams. And each musician or group will perform live. Then viewers will cast their votes to the team that showed the best performance for each round through text messages.”

MBC’s K-pop event will be held on Dec. 30. It will be hosted by a number of MCs including Soyou of Sistar, Hyeri of Girl’s Day and professional news anchors.

MBC is featuring Big Byung, a group created as part of the reality TV show “Hyung-don and Dae-jun’s Hitmaker.”

The TV show, hosted by comedian Jung Hyung-don and rapper Defconn, also known as Yoo Dae-jun, came up with the group for fun.

The name reminds people of the popular K-pop boy band Big Bang and features Yook Sung-jae of BTOB, Jackson of Got7, and Hyuk and N from Vixx .

Big Byung will appear during the opening performance of MBC’s K-pop festival, along with comedian Jung and rapper Defconn. 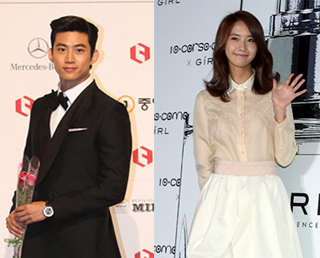 Ok Taecyeon of 2PM and Yoona of Girls’ Generation will preside over the KBS end-of-the-year K-pop event. [JoongAng Ilbo]

KBS’s K-pop festival, scheduled on Dec. 26, is themed “Music is Love” to “soothe musicians who had an eventful year,” according to the broadcaster.

The death of musician Shin Hae-chul was the biggest news in the entertainment industry this year. A special commemoration performance on KBS will come from rock group N.EX.T. Shin was the rock group’s lead vocalist and was working on the act’s albums before his death.

Although the KBS music festival takes place just a day before the rock group’s tribute concert on Dec. 27, N.EX.T recently said in a press release that it wanted “to be part of the music festival to remember the late musician with a lot more people.”

All vocalists who have performed as part of N.EX.T will get involved.

The KBS festival will be hosted by comedian Lee Hwi-jae along with Ok Taecyeon of 2PM and Yoona of Girls’ Generation.

KBS also scrapped its singer of the year prize this year, which was the only award available at its K-pop festival.

Unlike other similar year-end events that invite up to 60 musical acts, KBS said in a press release on Dec. 16 that it has selected 21 of the top musicians this year.

The state-run broadcaster said it will entertain music fans with diverse collaborations, but detailed information on this has not yet been released.