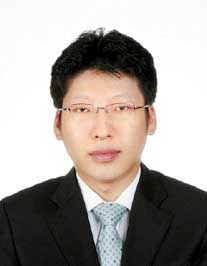 Novachips has secured better speed and stability for SSD as a storage system and has lowered its price for consumers.

The application of SSD is very wide thanks to its high-speed execution, efficient carbon footprint and low power usage. The SSD that uses Novachips’ NVS controller is produced through more than 30 SSD vendors. The fact that NVS-based SSDs are used in various industries shows that this is a trustworthy product.

It has been said that the company has already secured its first step toward exporting its technology, as major global SSD companies such as Sandisk, Violin Memory and Toshiba have been taking interest in it.

With the next-generation SSD controller development, the company’s revenue will grow to 47 billion won ($42.7 million) next year and nearly double to 90 billion won by 2014.

Novachips is manufacturing high-capacity HLSSD products with a different interface. These show a revolutionary improvement compared to existing SSD technology in capacity, execution speed and power efficiency while the cost per gigabyte remains the same.

According to market research institute IHS, the demand for SSD will nearly double next year thanks to the development of the 3-bit NAND Flash SSD, which has been the main reason behind the mass use of SSD. This will help create a new heyday for the SSD industry.

Expectations for Novachips are high as the company has a foundation for strong growth, quality products and excellent performance.