Namesake ASRM prize a highlight of year for Cha

Namesake ASRM prize a highlight of year for Cha 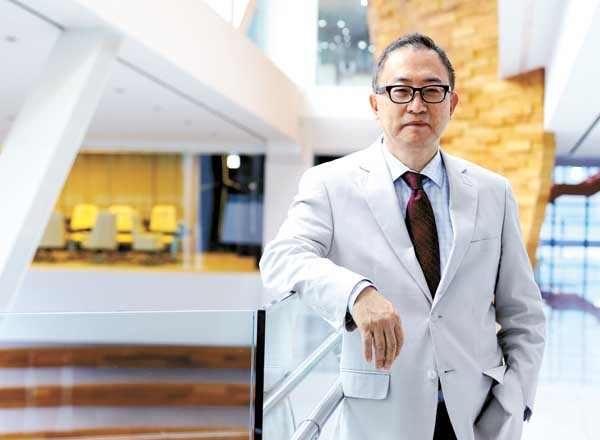 It has been busy and productive year for Cha Kwang-yul, chairman of CHA Medical Group and an internationally known expert on reproductive endocrinology and infertility.

The ASRM is the world’s largest medical society with more than 10,000 members. It established the prize in 2011 in recognition of Cha’s contribution to research on stem cells and infertility.

He is the first Asian to have a prized named after him.

Cha also is a successful businessman who founded a number of medical and educational institutions including the CHA Medical Centers in Gangnam, Bundang and Gumi; Daegu CHA Women’s Hospital; and CHA University. In 1999, Cha established the New York C.C. Infertility Center in association with Columbia University. In November 2004, he acquired Los Angeles Hollywood Presbyterian Medical Center, the first acquisition of a U.S. general hospital by a Korean.

“I expressed my gratitude to Chairman Cha and said I hope to have a chance to collaborate with Cha Medical Group,” Carlos Simon Valles, the winner of the prize, was quoted as saying by the group.

A day before the award, the Cha Kwang-yul Symposium on Stem Cell Research was held and attended by high-profile scholars including Allan Spradling, an American scientist and principal investigator at the Carnegie Institution for Science; Kyle Orwig, associate professor at the University of Pittsburgh School of Medicine; and Hugh Taylor, a professor at Yale University. More than 8,000 doctors, scholars and scientists participated in the two-day event.

In November, Cha delivered a lecture at the University of Southern California, which invites scholars to speak six times a year.

Cha talked about the academic achievements and future strategies of CHA Medical Group as part of his vision for the medical industry.
BY SONG SU-HYUN [ssh@joongang.co.kr]