‘Proper Sounds for the Instruction of the People’

‘Proper Sounds for the Instruction of the People’ 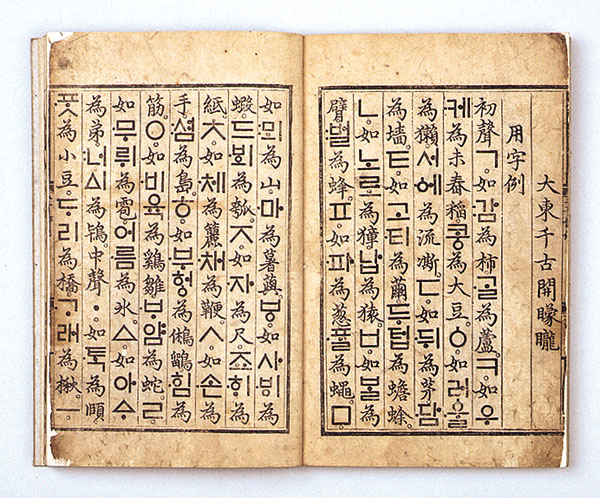 “Hunminjeongeum” is a guide to the Korean alphabet, commonly called Hangul. It is written by prominent scholars of Jiphyeonjeon (Academy of Worthies, a royal research institute established by the Great King Sejong), such as Jeong In-ji. It was written by the order of the Great King Sejong himself in the 28th year of his reign during the Joseon Dynasty (1446).

It has a total of 33 chapters divided into three parts.

The first part has four chapters explaining the main text of “Hunminjeongeum.” The second has 26 chapters, and features haerye (explanatory examples) for the text.

Finally the third part has a preface written by Jeong In-ji, a total of three chapters, and a statement that it was written in 1446.

According to “Sejong Sillok” (The Annals of the Great King Sejong Era), “Hunminjeongeum” was first invented by the king himself in the 25th year (1443) and was proclaimed in the 28th year (1446).

This book supplements the new alphabets with a preface and explanatory examples written by renowned scholars of the time, as well as the basic principles of how Hangul was created.

Name: Hunminjeongeum (The Proper Sounds for the Instruction of the People)