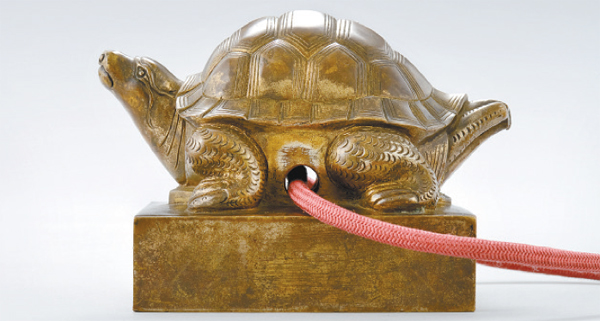 The royal seal bestowed on Deokjong (1438-1457) will return to Korea in March from the Seattle Art Museum. Provided by the Cultural Heritage Administration

Had he not been so weak that he died at the age of just 19, he would have become king. Just two years before his untimely death, he was crowned as the prince.

The Cultural Heritage Administration (CHA) announced on Tuesday that the royal seal of Deokjong will be coming home in March from the Seattle Art Museum, where it has been kept since 1963.

The seal was made at the order of Deokjong’s son, King Seongjong (1457-1494) during his second year as king. It was part of his efforts to honor his father posthumously. There is a record that says the relic was kept at the Jongmyo Shrine until 1924. 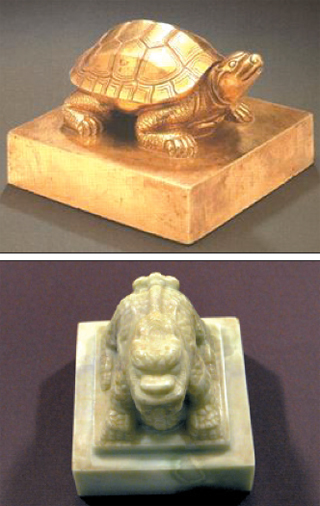 But it’s unclear how it ended up in the United States. What’s known, according to the CHA, is that a collector named Thomas D. Stimson bought it in 1962 in New York and donated it to the Seattle Art Museum on Feb. 1 the following year.

“We learned that the seal was kept at the Seattle Art Museum during an inspection of cultural properties kept overseas conducted by the National Research Institute of Cultural Heritage,” the CHA said. The research institute is operated by the CHA.

Officials of the CHA said that a realistic depiction of a turtle, an animal that usually represents longevity, is on top of the seal. They added that the piece shows the dignity and elegance of the Joseon royal court.

Royal seals differ from national seals, or stamps used to authorize documents in lieu of signatures. Royal seals were instead made for royal rituals - like crowning, enthronement or weddings - to honor the new titles of the royal family members.

About 360 royal seals are believed to have been made during the Joseon Dynasty and about 340 are known to remain today in Korea and abroad. One example is the royal seal of Queen Munjeong (1501-1565), which is kept at the Los Angeles County Museum of Art (LACMA).

The seal is believed to have been taken outside of the country during the 1950-53 Korean War. The Korean government, civic activists and LACMA are in the process of repatriating it. Queen Munjeong, who ruled the country for her young son for about eight years, was arguably one of the most influential queens of Joseon.

Unlike royal seals, national seals from the Joseon era are a rarity. About 40 were made and only 10 are believed to exist today.

In April, the United States returned two national seals from the Korean Empire in addition to two royal seals from the Joseon Dynasty and five signets of Joseon. The Korean Empire, sometimes called the Daehan Empire, refers to the final years of the Joseon Dynasty, from 1897-1910, when the state transformed itself into an empire in an attempt to ward off Japanese encroachment.

“[The seals] are worth millions in the antiquities business, but they are priceless to South Korea,” said Taekuk Cho, the U.S. Immigration and Customs Enforcement’s Homeland Security Investigations attache in Seoul, when the seal’s repatriation was announced last year.