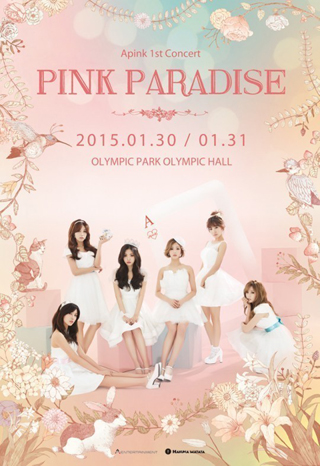 Among the sea of girl groups in Korea, it could be argued that Apink had the best year, as its two digital singles “Mr. Chu” and “Luv” became huge hits when they were released.

“Luv,” which was released in November, topped two weekly music shows - “Inkigayo” on SBS and “Show! Music Core” on MBC - for three weeks in a row. Apink became the first girl group to achieve the feat this year.