CNBlue contends for a Golden Disc

CNBlue contends for a Golden Disc 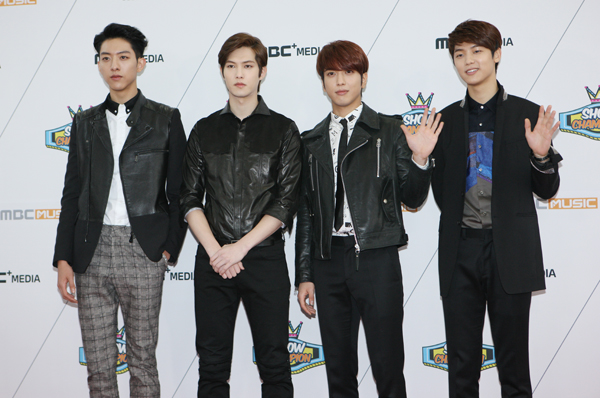 Prior to the 2015 Golden Disc Awards, which will be held in Beijing next month, Ilgan Sports, an affiliate of the Korea JoongAng Daily, will introduce girl and boy groups who have been nominated for grand prizes.

Long gone are the days when K-pop boy groups appealed to audiences with pretty faces and no talent.

The country’s music scene this year has especially witnessed many versatile K-pop boy bands with members who can sing, perform and write songs.

CNBlue is at the forefront of many competitive boy groups.

Jung Yong-hwa, the band’s lead vocalist, composed and wrote the lyrics for “Can’t Stop” this year, a track that set numerous records upon its release.

On the day the digital single came out, it topped iTunes charts in six countries, including Hong Kong ,Taiwan, Macau and Malaysia.

According to U.S.-based news website Mashable, “Can’t Stop” ranked 17th among the 50 most tweeted-about songs online this year, and CNBlue became the first Korean singers to rank the highest on that chart.

CNBlue also expanded its global fandom further this year. The band began its Asian tour staring April and had 16 performances in 13 countries, including Thailand, China, Singapore and Malaysia.

The group also went on a nationwide tour in Japan staring in October and attracted 100,000 people to its Japanese concerts.

Block B, which released its digital single “H.E.R” in July, also impressed music fans with the song, which was written, composed and arranged by the group’s leader, Zico.