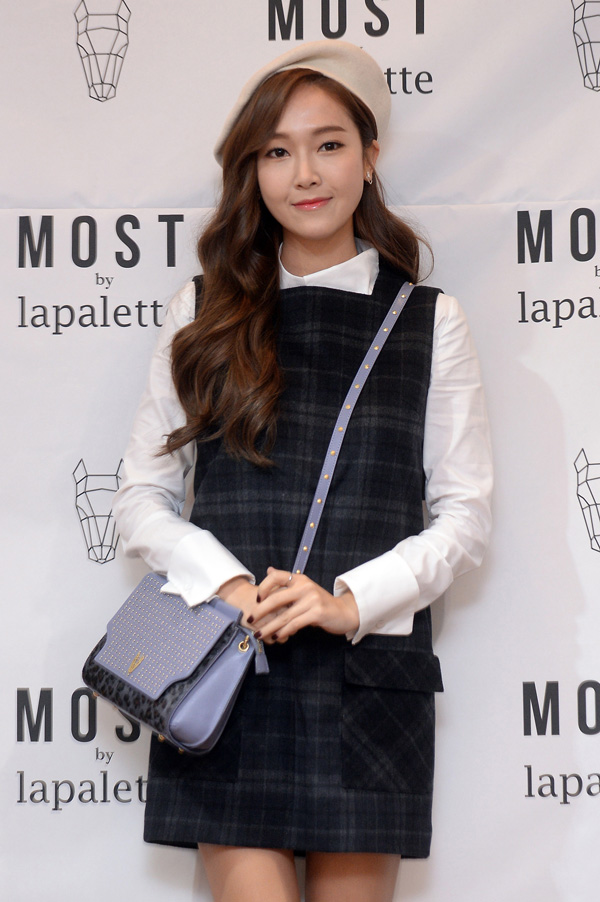 Jessica, a former member of Girls’ Generation, refuted news reports published by Hong Kong media on Monday that said she lives with her boyfriend in Hong Kong and that the two were seen buying baby products together.

During a recent autography event held in Chongqing, China, to promote her accessories brand BLANC & ECLARE, she said, “I live with my parents and my sister in Korea. And I also bought some baby necessities for my friend.”

Prior to the autography event, Hong Kong NH channel and other news outlets reported that Jessica lives with Taylor Kwon, who is known as her boyfriend, in Hong Kong and that the two were recently spotted purchasing some necessities for babies.

Jessica left Girls’ Generation in September and has been working on her own accessories brand called BLANC & ECLARE as a creative designer.

The former pop star has been promoting her accessories brand in China, Hong Kong and Macau in recent months.