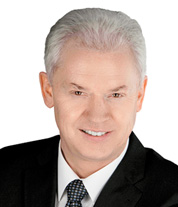 Can the nation’s leading automaker Hyundai Motor produce a growling beast of a car with more than 500 horse power and high-quality driving performance?

The company expects to get an answer next year, after announcing on Monday that it has hired Albert Biermann, who has been the head of engineering at BMW M for the past seven years. Biermann will be the new vice president of Hyundai’s high-performance vehicle development department at Namyang Research Institute, the automaker’s main R&D center.

Hyundai said the 57-year-old will join the company on April 1 and will direct all aspects of the projects to develop high-performance cars, including performance, safety, durability and noise oscillation tests.

Because Biermann was in charge of BMW’s M series, which oversees vehicles that compete in racing events, Hyundai expects him to improve the overall performance of its cars and to ensure that they are on the same level as premium European brands.

Last year, Hyundai and its sister company Kia Motors established a test center at Germany’s Nurburgring circuit, one of the toughest racetracks in the world, which the company said has led to improved power and safety. But it is now looking to upgrade parts like the steering wheel, which requires elaborate technology, for which the company will turn to Biermann.

With the German onboard, Hyundai said it will also start working on a high-performance sports car, with the goal of adopting technology that can be used in its super cars as well as regular vehicles to improve their global competitiveness.

“Many premium European automakers have applied high-end technology they found while developing high-performance cars to mass production,” a spokesman of Hyundai said. “Working with Biermann will definitely upgrade our vehicles’ overall competitiveness.”