Epik High gets nod for award

Epik High gets nod for award 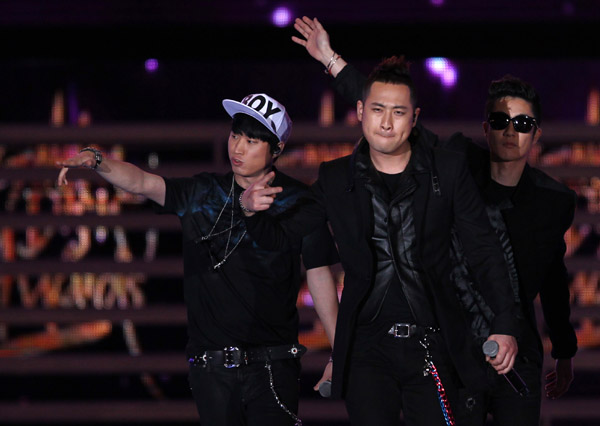 Prior to the 2015 Golden Disc Awards, which will be held in Beijing next month, Ilgan Sports, an affiliate of the Korea JoongAng Daily, will introduce acts who have been nominated for grand prizes.

The country’s music scene is heavily dominated by K-pop music with addictive and repetitive hooks, but Epik High’s new studio album, “Shoebox,” released in October, includes 12 songs that could each have qualified as title tracks.

When the hip-hop act’s eighth studio album was released, many of the songs ranked in the top 10 on music charts, easing concerns of some longtime Epik High’s fans over the trio’s decision to settle down at YG Entertainment.

Since the music agency is well known for producing albums for the country’s biggest K-pop stars such as Big Bang and 2NE1, some fans were concerned that Epik High’s original character would change.

But the eighth studio album proved that YG and the group could benefit each other.

Tablo, the hip-hop act’s lead vocalist and a rapper, told Ilgan Sports, “I see more YG music with Epik High styles ever since we have joined YG.

“One is [Taeyang’s] ‘Eyes, Nose, Lips.’ I wished it could be our own song. So we decided to remake it into our style.”

CNBlue’s album “Can’t Stop,” released in February, is also considered to be taking idol music to the next level.

All of the album’s six tracks were written and composed by the group’s four members. Jung Yong-hwa, the lead vocalist, produced the whole album.

It received rave reviews from both local and international critics.