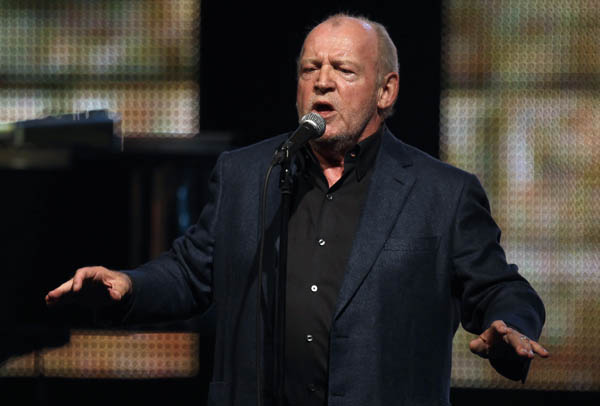 NEW YORK - Joe Cocker, the raspy-voiced British singer known for his frenzied cover of “With a Little Help From My Friends,’’ the teary ballad “You Are So Beautiful’’ and a contorted performing style uncannily parodied by John Belushi on “Saturday Night Live,’’ has died. He was 70.

His London-based agent, Barrie Marshall, said Cocker died Monday of lung cancer in Colorado, where he has lived for the past two decades.

Cocker, an interpreter more than a writer, became a star through his dazzling transformation of the Beatles’ “With a Little Help From My Friends.’’ Featuring a gospel-styled arrangement and furious call and response between Cocker and the backup singers, the song became a No. 1 hit in England and the highlight of his characteristically manic set at the Woodstock festival in 1969.

In a statement Monday, Paul McCartney remembered hearing Cocker’s cover of the song he and John Lennon co-wrote for Ringo Starr and finding it “just mind blowing,” a “soul anthem.’’

“I was forever grateful for him for doing that,’’ McCartney said. “I knew him through the years as a good mate, and I was so sad to hear that he had been ill and really sad to hear today that he had passed away.’’

Cocker’s “Mad Dogs & Englishmen’’ tour and traveling party of 1970, featuring Leon Russell and numerous top session musicians, produced a film and a recording that went gold. But future success was more sporadic, and Cocker suffered from both drug and financial problems. AP