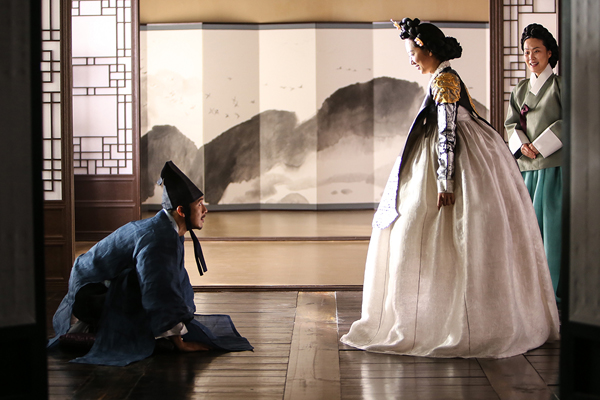 Sanguiwon is where artisans dealt with the medicines and garments of the royal subjects.

Dol-suk, the head of Sanguiwon, is looking forward to rising as an aristocrat after 30 years of serving the royal family.

But he starts to worry about his status after the queen (Park Shin-hye) decides to employ Gong-jin, an unconventional hanbok (traditional Korean dress) designer from outside the palace.

At first Dol-suk doesn’t take Gong-jin seriously because he used to make clothes for Korean geisha.

However, Dol-suk eventually admits that Gong-jin has talent and the two hold a competition to see who can create the best clothing.

The film depicts the power struggle within Sanguiwon with the contest ahead.

Beautiful hanbok are given much screen time in this movie, so the costume makers went all out with the glitter and colorful embroidery.

The diverse dresses created by renowned designer Cho Sang-kyung are a feast for the eyes. 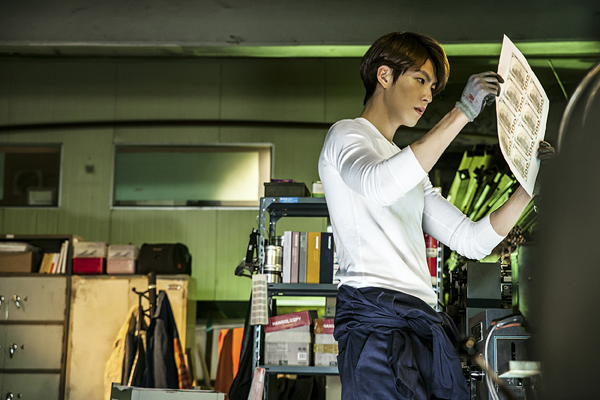 Kim Hong-sun, who made a spectacular directorial debut with “Traffickers” in 2012, is returning with a new criminal thriller, “The Con Artists.”

Ji-hyuk (Kim Woo-bin) is a prominent safecracker who is proficient at criminal tactic design and making counterfeit bills.

Although he grew up as an orphan, his brother-like friend Koo-in (Ko Chang-suk) is always with him as a partner not only for work but also for a life. They embrace a hacker, Jong-bae (Lee Hyun-woo) who has a besmirched reputation caused by a rumor he had betrayed his coworkers.

The team composed of the three succeeds in stealing the high-class jewels stored in a jewelry shop owned by Cho, a black market tycoon.

Soon, Cho locates the team and suggests they work together to steal slush funds kept in the customs department at Incheon International Airport.

Ji-hyuk accepts Cho’s offer and the team starts to design a strategy for the biggest crime of their lives. 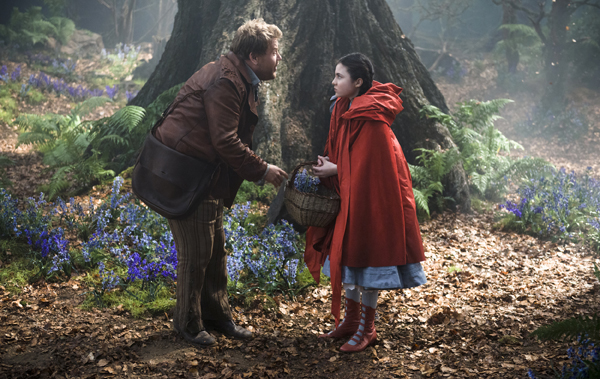 Into the Woods (All)

Rob Marshall, who made a sensational directorial debut with the musical film “Chicago,” is returning with another popular Broadway musical once again.

The story unfolds in a village where the Baker (James Corden) and his wife (Emily Blunt) live.

The childless couple tries to undo a curse placed on them by the witch (Meryl Streep) next door. To reverse the curse, they must go into the woods and find four objects; a cow, a cape, hair and a slipper, which are all from the fairy tales of the Brothers Grimm.

While the journey to find the objects for the witch ensues, the couple encounter and interact with the fairy tale characters from separate stories.

Just like the characters in the storybooks, they all have their own wishes, and once they get them, they face repercussions.

The film is receiving a lot of attention because of its all-star cast, which includes Meryl Streep of “Mamma Mia” as the witch and Jonny Depp of “Pirates of the Caribbean” as the wolf.

The musical has been adapted many times, but this is the first time for it to be turned into a film. 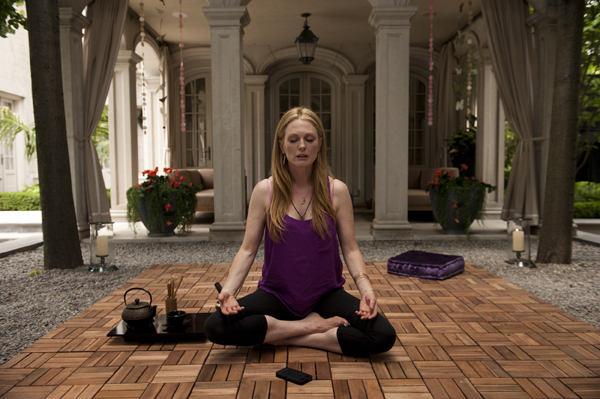 “Maps to the Stars” is based on “Dead Stars,” a Bruce Wagner book that claims to reveal Hollywood’s secrets.

According to the author, the story behind the novel comes from his experiences as a driver in LA’s movie industry.

The story unfolds in Los Angeles when a mysterious woman called Agatha (Mia Wasikowska) with severe burn scars on her face and body appears in Hollywood and becomes the personal assistant of Havana (Julianne Moore) a has-been actress.

Havana is struggling to gain a lead role in “Stolen Water,” a film her deceased mother starred in. At the same time, she is also receiving psychological counseling from Dr. Stafford (John Cusack), who is the father of a former child star, Benjie.

Meanwhile, Cristina (Olivia Williams) is also endeavoring to gain a role for Benjie in the same film as Havana after getting out of rehab.

And Agatha hires Jerome (Robert Pattinson) as a personal driver for Havana and seduces him while he dreams of making his Hollywood debut.

The satirical film aims to unveil the reality behind the glamor of Hollywood. Every character in the film has an obsession with something, which is where all the characters become entangled and the crux of the story unfolds.

Matt Johnson, a 26-year-old filmmaker, plays the lead role in his debut film “The Dirties.” Matt is a high school movie geek who is fanatically obsessed with gory films.

As a school project, he begins to concoct an outlandish action comedy about two nerdy high school students who shoot their school’s gang of bullies.

The director went undercover in a real high school in Toronto to make the film, which was improvised with hidden cameras, guerrilla style.

At first, the film evokes mirth when watching the beginning occurrences through the point of view of the two teenagers, Owen and Matt.

However, this hybrid documentary fiction feature starts to confuse the audience and leads to a blur between reality and the film.

Matt, meanwhile, begins to have trouble distinguishing between the ideas for his film project and real life.

While the idea of a high school shooter story sounds like it could terrify audiences, especially when committed by such likable teenager characters, the film avoids fear for the sake of fear by pointing out the nation’s problem of school violence with use of humor and personality.

The movie has received numerous awards at international film festivals, including the Grand Jury Prize for Best Narrative at the Slamdance Film Festival in 2013.