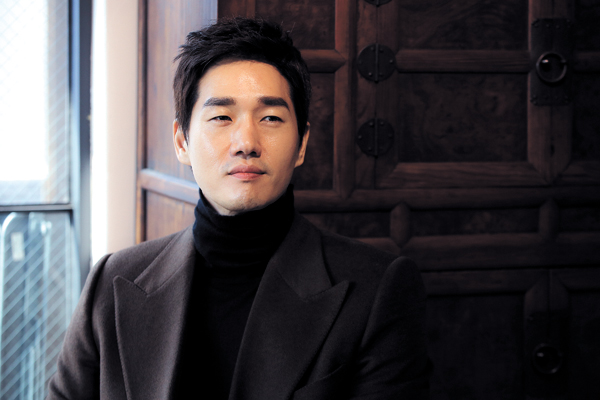 Actor and filmmaker Yoo Ji-tae poses for a photo during an interview with local media at a cafe in Samcheong-dong on Monday. In his upcoming movie “The Tenor Lirico Spinto” he plays ingenious tenor Bae Jae-chul, an actual singer who lost his voice because of thyroid cancer. Provided by Namoo Actors

As a real-life embodiment of the old saying “still water runs deep,” actor Yoo Ji-tae possesses a profound understanding and strong passion for his cinematic works.

For the past 12 years, the experienced actor has persistently appeared as a range of characters in films and dramas - from a naive love interest of Lee Young-ae in “One Fine Spring Day” (2001) to a vicious villain in Park Chan-wook’s “Old Boy” (2003).

Last year, the actor was acknowledged on the international stage for his directorial feature “Mai Ratima,” which is about the brutal life of a Taiwanese migrant woman. He won the jury prize at the 15th Deauvile Film Festival for the film.

But this time, the 38-year-old actor has dipped his toe into the operatic world by playing real-life, world-famous tenor Bae Jae-chul in upcoming movie “The Tenor Lirico Spinto”

The movie is about extremely talented tenor Bae who loses his voice because of thyroid cancer. However, after enduring a long period of painful rehabilitation, with the help of his longtime friend and producer, Koji Sawada, and his wife, the opera singer regains his voice and is even able to sing again in front of people.

“It was a harsh filming experience for all,” said Yoo during an interview on Monday.

It took six years to complete the film, although Yoo was involved in the latter three years.

“Since the film was co-produced in Korea and Japan, there were several collisions regarding investment, so we rested for a year in the midst and another year after filming was finished,” the actor explained.

Yoo also had to undertake several challenges as an actor to play the ingenious tenor.

During filming, Yoo took opera lessons and learned English to play the character to his best ability.

“I received vocal training when I was a young student, but it was a lot tougher this time,” he said.

In addition to the burden he felt reproducing an actual person, acquiring the perfect technique was tougher than he thought it would be. 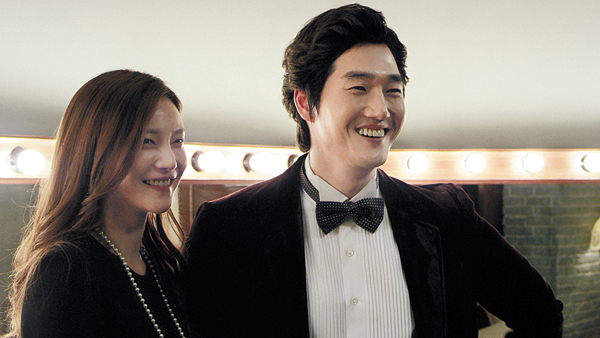 Actors Cha Ye-ryun and Yoo play a married couple in “The Tenor. Provided by the distributor

“Vocalization, pronunciation and breathing have to coincide just right to appear natural on screen,” said Yoo.

In numerous scenes where Yoo lip syncs on stage there seems to be no discrepancy between the tenor’s vocals and the actor’s mouth.

“When the actor doesn’t synchronize perfectly with the real voice, it shows to the audience,” said Yoo.

“That really irritated me when I saw music movies in the past. So I tried to avoid that as much as possible with the competency as an actor.”

Learning English was another challenge Yoo took up.

Learning a foreign language was mandatory because of the many shoots that took place in Serbia and Japan.

“I didn’t want to do the English that only we [Koreans] know,” said the actor.

“I wanted to have a good command of English so that foreigners could understand, too ... Foreign people laugh when they see us speaking in English on screen. I think many Korean actors think acting in English is a lot simpler than it is.”

Yoo said that his wife Kim Hyo-jin, the well-known actress who he married in 2011, motivates him to try harder.

“When I’m struggling with English, she makes jokes, saying, ‘Can’t you do better than that?’”

His efforts seemed endless and his robust determination to participate in filmmaking derives from his belief that “movies remain.

“When people think of me, they often recall ‘One Fine Spring Day’ or ‘Old Boy.’ There are reasons why these movies come to their minds so easily - it’s because of their completeness. The filmmakers sacrificed and poured passion into the movie, and they are worth being talked about.”

Yoo, who has his own philosophy about movies, said his preference leans more toward indie films rather than commercial features. 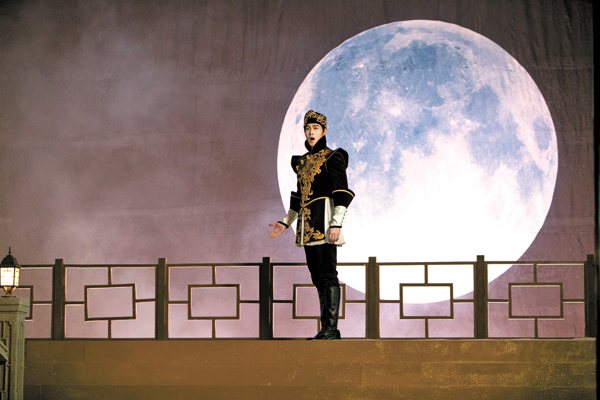 Yoo performs “Nessun Dorma” in Puccini’s famous opera “Turandot” in the movie. Provided by the distributor

“I want to do movies by enjoying them. Liking acting being drunk for instance. That is available in indie films because they are more flexible, versatile and rough.”

As a filmmaker, he has also had times when he was tempted to make more popular films.

“It’s true that as a director one can make a living only through commercial ones. But as soon as you think about those things, life becomes abject,” he said.

“It was a bit sad to see up-and-coming filmmakers being conscious of commercial films under the name of indie films. They think indie films are stepping stones for commercial ones, which is not true.”

Pressing ahead with his belief, he hinted at what his next directorial project will be.

“My next movie, which the script is finished for, is about a female North Korean defector who falls in love with a South Korean man but is sent back to her own region,” said Yoo.

“North Korea is a global issue and I started my movie by thinking of what could be the most desperate story within it.”