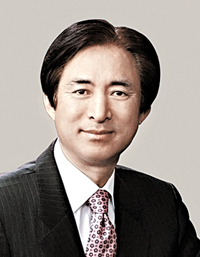 Lotte Group, the country’s largest retailer, made major personnel changes on Friday in a bid to diffuse a slew of controversies surrounding Lotte World Mall, its massive shopping and cultural complex in Jamsil, southern Seoul.

Noh Byung-yong who previously served as CEO of Lotte Mart, was appointed CEO of Lotte Corporation, which is in charge of constructing the mall that houses stores, an aquarium and movie theaters.

Having taken over Lotte Mart in 2007, the 63-year-old is widely considered to be a seasoned executive. After graduating from Yonsei University, Noh dedicated his entire career to working for Lotte Group from 1979.

The annual reshuffle reflects the company’s efforts to deal with the furor over safety issues at the mall. 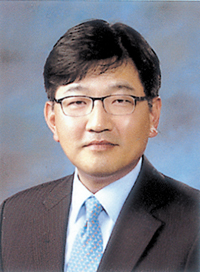 The 3.5 trillion won construction project, which encompasses a 123-story residential tower that is still being built and auxiliary entertainment complexes, is the hallmark of Lotte’s expansion strategy.

But the low-rise entertainment complex that opened in October has been consistently embroiled in controversy over safety.

The latest scandal involved a construction worker who died after falling at a concert hall inside the complex. Lotte is suspected of calling a hospital instead of the emergency services in order to cover up the accident.

Lotte World Mall’s aquarium and multiplex movie theaters were shut down and construction was halted on the complex’s concert hall last week by order of the Seoul Metropolitan Government.

Ahead of the incident, a crack had been found in the mall’s aquarium.

The vacant seat left by Noh will be filled by Kim Jong-in, senior director at the Chinese unit of Lotte Mart.

Kim is credited with laying the foundation for Lotte Mart’s entry into China. His appointment as CEO of Lotte Mart reflects Lotte’s focus on China and other overseas markets in Asia.

“Kim showed a successful performance in executing overseas business when he headed the Chinese branch of Lotte Mart,” the group said in a statement.

Lotte’s Hi-Mart will be headed by Lee Dong-woo, who served as the CEO of Lotte World. The appointment is part of an endeavor to boost the sales of the electronics chain, which recently suffered losses.