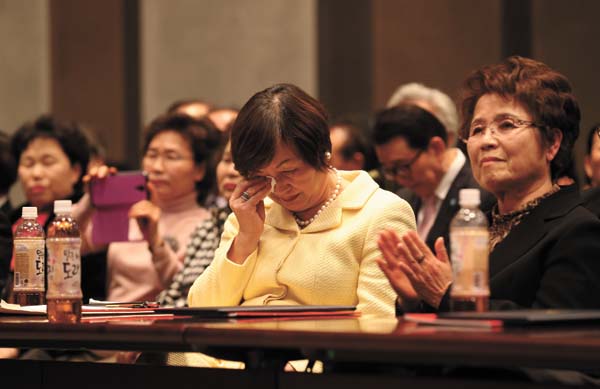 Kim Hyun-jin, left, who was sent to Germany to work as a nurse 50 years ago, wipes her tears as she listens to a reading of a letter of gratitude by President Park Geun-hye on Friday. The event marked the 51st anniversary since the first round of miners and nurses left for Germany in December 1963. In the letter, President Park wrote, “The sweat and tears you shed in the coal mines and hospitals in Germany became the foundation of hope for Korea. ... Korea is greatly indebted to you.” From December 1963 until February 1977, 7,936 coal miners and 11,057 nurses were sent to Germany to work. [NEWSIS]