Se7ven gets out of military

Se7ven gets out of military 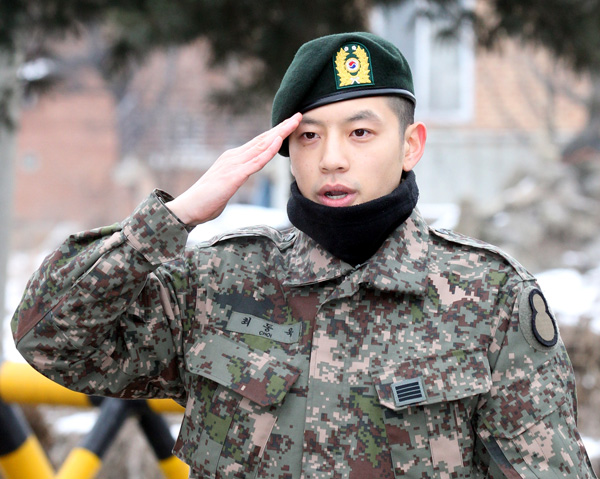 The mercury dropped below zero early Sunday morning, but about 100 fans who flew in from as far away as Japan gathered in front of the military base in Pocheon, Gyeonggi to greet the singer.

Although he wasn’t actively performing as an entertainer at the time he joined the military, the 30-year-old singer was also greeted by hordes of press because he was involved in a scandal during his military service.

He went to military prison for 10 days after he was caught visiting an adult massage parlor while serving his military duty in Chuncheon, Gangwon, in June 2013.

He was serving in the military as a celebrity soldier, whose main duties are to promote the military. But the celebrity solider system was scrapped because of his visit to the massage parlor along with other soldier while they were on duty.

He saluted and said, “It’s cold but thanks to all who’ve come here to see me.

“I want to apologize for causing troubles early in my military duties,” he added.

The singer did not comment on his breakup with actress Park Han-byul.

Se7ven and Park were in a relationship for 12 years after getting together as high school students, but their breakup was recently reported after photos of Park dating another actor were taken and published by a local online news agency.