The Masikryong Ski Resort, at the summit of the Taehwa Peak near Wonsan, opened in January. [Rodong Shinmun]

During the first three years of the Kim Jong-un regime, the livelihood of the North Korean people improved slightly due to the country’s tacit approval of an expanding market economy. But the government’s dire fiscal situation - weighed down by large-scale projects surrounding the cult of personality around the Kim family - has seen no signs of resuscitation. 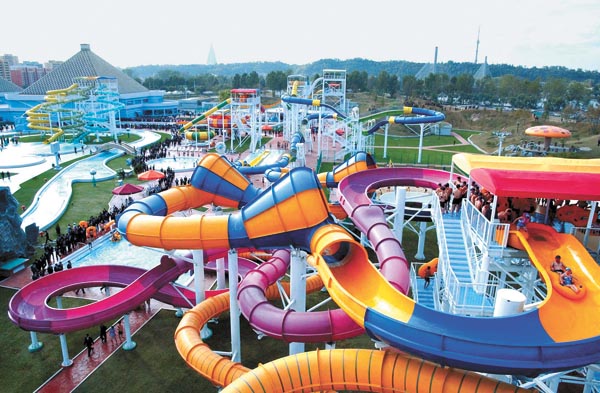 Since inheriting the country from his father in December 2011, Kim made clear that economic recovery was one of the top items on his agenda, and in March 2013, he declared that he would pursue a national two-track policy, simultaneously maintaining North Korea’s nuclear arms program while pursuing economic development.

The 31-year-old ruler’s economic reforms started in 2012, when the North adopted a new policy, often referred to as the June 28 measures. At the time, Pyongyang said it was intended to “launch an economic management system in our own style.”

A more expansive reform was announced this year, known as Kim’s “May directive.” 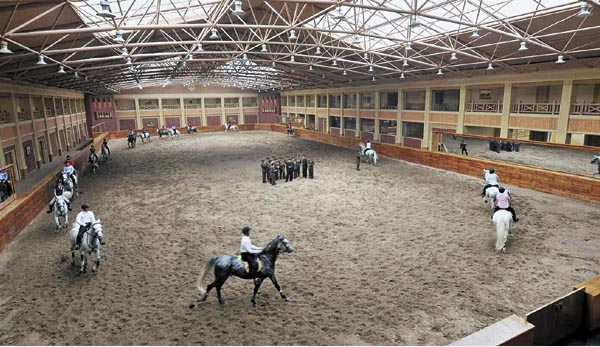 Both reforms are intended to offer more autonomy to farmers, factories and companies, while allowing workers to keep a portion of whatever they produce. Yet the North made no official announcement regarding those plans when they were first adopted.

While no visible improvement in North Korea’s economy was seen from state-driven reforms, the livelihood of the people improved slightly as more private markets opened up.

According to South Korea’s Ministry of Unification, these channels have freed ordinary North Koreans from relying on government rations and enabled them to make their own living in this new system.

The North’s residents are engaged in a wide variety of market activities, the ministry added, purchasing most of their necessities at the markets while also selling the agricultural and industrial goods they possess.

Under Kim’s rule, grain prices at the markets have remained stable, with the country experiencing relatively productive harvests since 2012.

And as their livelihoods have improved, many residents have now moved to purchase items once considered luxuries in North Korea, according to the ministry.

Instant noodles from South Korea are also an “object of obsession,” the ministry said, and many North Koreans also largely consume cultural content out of China and South Korea like TV dramas and music.

But while the expanding market economy and the government’s tacit approval of it improved living conditions, it also widened the wealth gap among certain regions and socioeconomic classes, worsening the feeling of comparative deprivation felt by low-income residents in rural areas.

Supplies are abundant in larger cities like Pyongyang, but rural areas often suffer from a perennial shortage of food and goods. The monopolies by wealthier residents in the private markets also fuel the hardships among poor residents, the ministry assessed.

The merchants who accumulate wealth through markets have emerged as a new economic power there, known among North Koreans as donju.

As they accumulate more money, they have built connections with the government, with some even participating in state-run infrastructure and trade projects, such as gas stations and expressways, the ministry noted.

This upward mobility among a select elite, coupled with the Pyongyang’s fiscal hardships, have made it easier for the donju to infiltrate into areas originally controlled by the state-planned economy.

In the meantime, the North Korean government’s source of revenue has dwindled due to suspended inter-Korean trade, ongoing international sanctions and worsened trade with China, the Unification Ministry said.

Improving its fiscal situation is made more complicated by the fact the country formally abolished the tax system in 1974, making what little it receives from private market merchants essentially ineffective.

Laborers are commonly exported to China, Russia and the Middle East to earn foreign currency, though Russia’s downsliding economy and the international community’s criticism of North Korea’s human rights abuses have hindered those efforts.

And yet, the Kim regime has spent a large portion of its budget on massive projects aimed at promoting the cult of personality around the ruling Kim dynasty and glorifying Kim Jong-un’s reign over the country.

The Masikryong Ski Resort, the Munsu Water Park and the Mirim Riding Club were built during the current Kim regime, and even more statues and murals dedicated to the Kims were unveiled.

According to the Unification Ministry, the North Korean economy is maintaining its status-quo mainly based on the progress of the market economy. Under Kim’s rule, North Korea managed to see its economy grow, the Bank of Korea said.

This improvement, however, is insignificant for the impoverished nation, despite the efforts made by the Kim regime, especially when considering its peak prosperity in the 1970s and early 1980s.

Although the economic reform measures Kim initiated gave some autonomy to farms and factories, the regime has its limit, with its economic policy centered merely on restoring the socialist-planned economy and the government’s survival based on that system, rather than on actively adopting market principles.

Over the past three years, the Kim regime has established 19 new special economic development zones, though they have attracted almost no foreign investment. The North has also attempted to engage other countries, such as Russia and Japan, for joint economic projects, with no visible outcome.

At the same time, its heavy economic reliance on China remains unchanged, despite Pyongyang’s deteriorating political relations with Beijing. According to the ministry, 88.3 percent of North Korea’s trade was with China. That percentage grew to 89.1 percent in 2013 and about 90 percent this year.

The South Korean government’s view is that the North’s economy has almost no hope for recovery unless the country receives large-scale foreign investment.

The North’s nouveau riche will continue to expand their investments in housing construction and private loan businesses as well as the service industry in the coming year, the ministry said, while the North Korean government turns a blind eye to the expanding market economy.

Radical progress in the market economy is slim, it added.

Kim will make more efforts to improve the livelihoods of his people, the ministry said, but the political anniversary of the Workers’ Party is likely to become an obstacle.

The party will celebrate its 70th anniversary in 2015, and an increase in political projects will only add to the financial weight already straining the North Korean government.