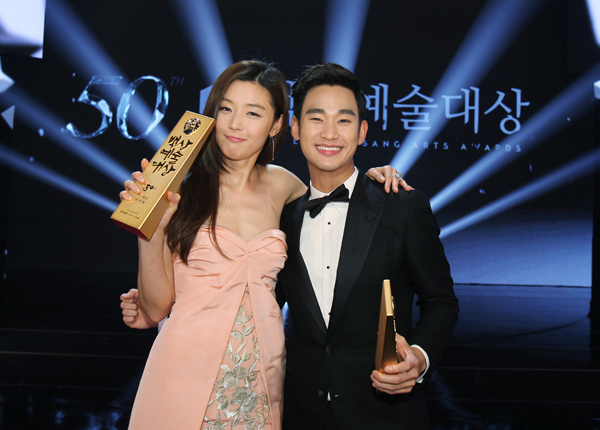 Actress Jun Ji-hyun, who reignited the Hallyu Wave with her drama “My Love From the Star” early this year, will attend the SBS year-end drama awards for the first time in 15 years.

The last time she was at the ceremony was when she received the best rookie actress award for her lead role in the SBS drama “Happy Together” in 1999.

In “My Love From the Star,” Jun plays Chun Song-yi, a ditzy yet lovable diva, alongside heartthrob Kim Su-hyun of “Moon Embracing the Sun.”

The chemistry between the pair - Do Min-jun, an alien heartthrob, and Chun - hooked viewers in Korea and China.

Jun already won the top prize in the television section at the 50th Baeksang Arts Awards, which gives commendations to entertainers from TV and film.

Jun is expected to receive the Grand Prize for her role in the SBS year-end drama.