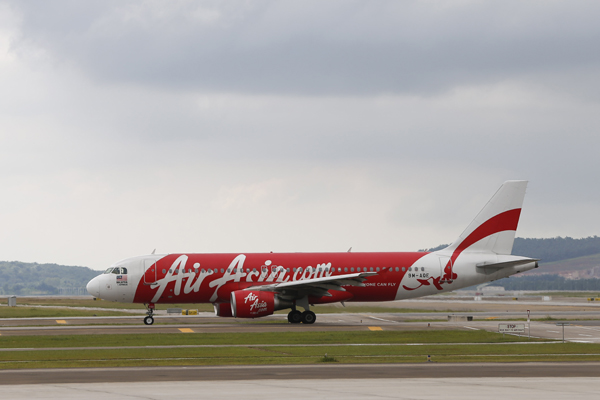 The AirAsia passenger jet with 162 people on board went missing on Sunday during a flight from Surabaya, Indonesia, to Singapore. As the search continues for the aircraft, which is believed to have crashed in the Java Sea, the local government sent investigators to Indonesia after three Koreans were confirmed to be on the plane. The government is also planning to send patrol aircraft to assist in the search effort.

For Malaysia-based AirAsia Group, which runs about 150 flights to more than 90 destinations, the accident is likely to be a blow to its plan to expand in Korea, where CEO Tony Fernandes has major personal interests.

“This is my worst nightmare,” Fernandes wrote on his Twitter after the tragic accident. “But there is no stopping.”

AirAsia Group’s long-haul affiliate AirAsia X currently flies two routes to Korea: Incheon to Kuala Lumpur and Busan to Kuala Lumpur. Thai AirAsia X has an Incheon-Bangkok route, while AirAsia Zest flies to Manila, Kalibo and Cebu in the Philippines from Incheon and Busan. These affiliates have been grabbing local consumers’ attention with big discounts and promotions.

So far, AirAsia officials have said that there has not been an increase in flight cancellations to or from Korea, but the company is concerned about the effect the missing plane will have on its brand image and local consumers’ perception of foreign LCCs.

In a visit to Korea earlier this month, Fernandes said that the group plans to launch flights to Bali from Incheon, Busan and Jeju with AirAsia X Indonesia, and is also planning to connect Japan and Korea flights with AirAsia Japan. While in Korea, he met with Korea Airports Corporation CEO Kim Seok-ki to discuss possible routes between regional airports.

AirAsia also signed a letter of intent (LOI) with Hana Tour and Mode Tour, two of Korea’s leading travel agencies, in order to diversify its distribution channels in the Korean market.

Industry insiders said that the accident will likely lead to local authorities tightening their screening process on AirAsia if it tries to establish a Korean affiliate in the future.

“The big problem [with AirAsia establishing a Korean entity] will be the local aviation law, which states that a foreigner can’t own a local airline,” said an official from a local budget carrier. “But for airlines, it’s all about safety and reputation, and with accidents like this happening, the authorities in the Transportation Ministry should be more sensitive and careful about giving approval.”

Fernandes has said that he wants to create AirAsia Korea. He said that establishing the local branch will help expand Korea’s aviation industry and create more jobs domestically.

This year, the budget carrier group pushed to establish a local affiliate based out of Cheongju International Airport in North Chungcheong, but the plan was not approved by the Ministry of Land, Infrastructure and Transport due to opposition from local LCCs.

While AirAsia has good reason to be concerned about its plans for Korea, local LCCs are worried that the accident could also spoil their reputations as well.

Korea’s five LCCs have been successful in recent years and their market share in international passenger transportation in Korea this year is expected to surpass 10 percent. For domestic flights, local LCCs’ market share is at more than 50 percent.

“Whenever there is an aircraft accident, it hurts all air carrier operators,” said a Jin Air spokesman.

According to data from the Transport Ministry, local LCCs had 3.7 times more accidents than full-service carriers from 2006 to 2013. Experts said that since most Korean LCCs bring in used aircraft and have small budgets to hire skilled employees and build facilities, improving safety infrastructure is a big challenge for the industry. For LCCs, maintenance reportedly accounts for 20 percent of total operating costs.

For upkeep on planes, only Jin Air and Air Busan have facilities in Korea supported by their larger affiliates, Korean Air Lines and Asiana Airlines, respectively. The other three budget carriers use overseas facilities for heavy maintenance.

Hiring better pilots is also key to safety. According to data from a National Assembly audit, Jeju Air, the nation’s largest LCC, 19 pilots failed a promotion test given by the Transport Ministry. Eastar Jet pilots failed in 16 cases and T’Way Airlines pilots failed in 11.

For KAL and its budget affiliate Jin Air, in order for a vice captain pilot to become a captain, that person must have at least five years of experience and 4,000 hours of flying time. But other local carriers’ promotion standards are looser, requiring just three years of experience.

The government said that it has been supporting efforts to make LCCs more safe. Since the fatal Asiana Airlines accident in San Francisco last year, it is building a maintenance hangar at Incheon International Airport just for budget airlines and set new safety standards, including inspections.