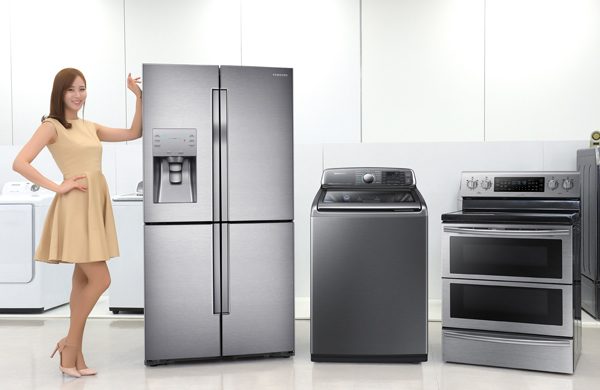 Samsung Electronics has released on Monday a series of innovative home electronics that will be exhibited at CES 2015, the world’s largest consumer electronics trade show, slated for Jan. 6 to 9 in Las Vegas.Provided by the companies

With the world’s largest consumer electronics trade show coming up in a week, Samsung Electronics and LG Electronics released their new home products and TV lineup.

Samsung said Monday it will release a variety of innovative home electronics at the exhibition, related to its recent push into the Internet of Things and smart home markets. Samsung said earlier that it will show devices that allow home electronics to be controlled with its smartphones. 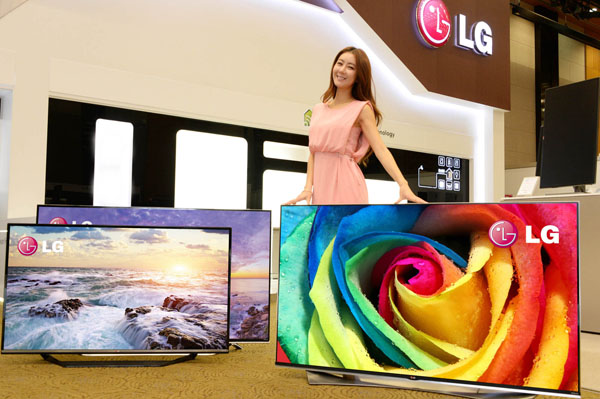 LG Electronics said it will showcase its Ultra HD TVs that have been upgraded in sound, design and technology. Provided by the companies

Samsung’s Active Wash allows the user to change the water spray settings for delicate clothes during the laundry cycle and it can clean a load of laundry in 36 minutes with the Super Speed function.

Samsung said it will allow visitors to try out the new washing machine at its CES booth.

Its new Chef Collection induction slide-in range stove has been getting attention since before CES 2014, and won a CES Innovation Award for 2015.

The burners of the stove have an LED flame so the user can see how high the burner is set. The stove is attached to the Flex Duo oven, which can cook multiple dishes at the same time at two different temperatures. The Flex Duo oven range is the first oven with two doors.

At CES, Samsung will also release the T9000 built-in refrigerator, a style that is preferred by North American consumers.

The refrigerator has the same functions as the previous model in the series, but the depth has been reduced by 19.3 percent and it is 1.4 percent shorter.

The mobile app will give cooking information and recipes from the world’s top chefs, who also participated in developing the products in the Chef Collection.

Samsung will also show other new innovative home electronics such as the Food ShowCase fridge, which is divided into three sections to help the user organize their food and drinks.

“These new products to be released at the CES 2015 include Samsung’s latest innovations and will solidify its leadership in the global home electronics market,” said Park Byung-dae, vice president of consumer electronics at Samsung. “We wish that consumers will keep their hopes high for Samsung’s consumer electronics in 2015 based on excellent products and technology.”

LG Electronics is taking a different approach at CES by focusing on Ultra HD TVs.

LG said it will show its UHD curved and flat TVs from 40 to 105 inches.

According to LG, its Wide Color LED series and Color Prime TV series have improved sound, design and smart features over its previous models.

The main difference between the current UHD TVs and the new 2015 versions is the improved brightness, and the picture quality has also been upgraded.

Along with better images, the new Ultra HD TV has improved audio after LG teamed up with audio products manufacturer Harman Kardon.

The TVs have also been redesigned to be similar to a cinema screen for improved viewing and are just 8.5 millimeters thick.

Through an upgraded operating platform, it has reduced the home screen loading time by 60 percent.